What pace do you train at and why? I guess every runner should think about this. I have to admit, though, that when I learned about "Maffetone" training through Larisa Dannis, it opened up a whole new way of thinking about training for me. I started out by listening to the the Ulltraruner podcast with Larisa (at Olga's recommendation) and then  the Trail Runner Nation podcast with "Dr." Maffetone himself (the quotes since I can't figure out what his educational background is by googling him...I do know he is a is a self-proclaimed musician with a lot of experience in exercise physiology).

Edit: I just received an email from Dr. Phil Maffetone himself and he is a chiropractor who then pursued an interest in exercise physiology.

The idea is simple: find the pulse that represents the upper edge of your aerobic zone and train almost exclusively at that pace. You can learn how to estimate it here. I usually ends up approximately being 180-age.

Why would you do this, you ask? So the claim is you can develop your aerobic system without going anaerobic, without stressing the body (through cortisol, lactic acid, etc) and with less injury risk. What athletes (Mark Allen, Larisa Dannis plus other anonymous that I have read about) and Maffetone claim is that over weeks and months, you run faster and faster within this pulse range. This is very thought provoking.

In my first few runs, I was surprised how hard it was for me to run this pace. It is faster than I do my long runs yet slower than a tempo. I think coach Ole was a bit surprised that a 150 pulse for me started out as 5.53/km on mixture of trails and streets and just over the last week, I have watched the pace go up for the same pulse every single time I run this route (I am running the very same route -more or less -since I know it is an experiment). Today my pace was 5.15/km. I had not expected to see results in a week, so I wonder if there are other factors coming into play.

Either way, Larisa has certainly had success with it. Not only did she come from a non-runner background to running a 2.44 Boston Marathon and take 2nd female at Western States, but two days ago she just run the fastest 50 miler/80.5km run by an American female in the last 20 years: 5:59 (and on a hilly course in Wisconsin). She kept her pulse "aerobic" the entire time (generally 147-152). She didn't know what her mile splits had been until she got home, but she was very consistent at just around 7 minutes/mile. You can follow her runs on Strava.

As stated earlier, I have dealt with plantar fasciitis for a number of months, but am back to training now (minus intervals and tempos). I have some tips for getting over PF, which you can write me an email about if interested.

I decided to run a 12k race this past weekend. It is a cool event we have run before called "Mærk Næstved Løb" put on by our local athletic club, HGATM. SR had run the Trailman 50k last weekend so offered to watch the kids and even cheer along the route. There are not a lot of money races where I have a chance of winning, but I do keep trying. 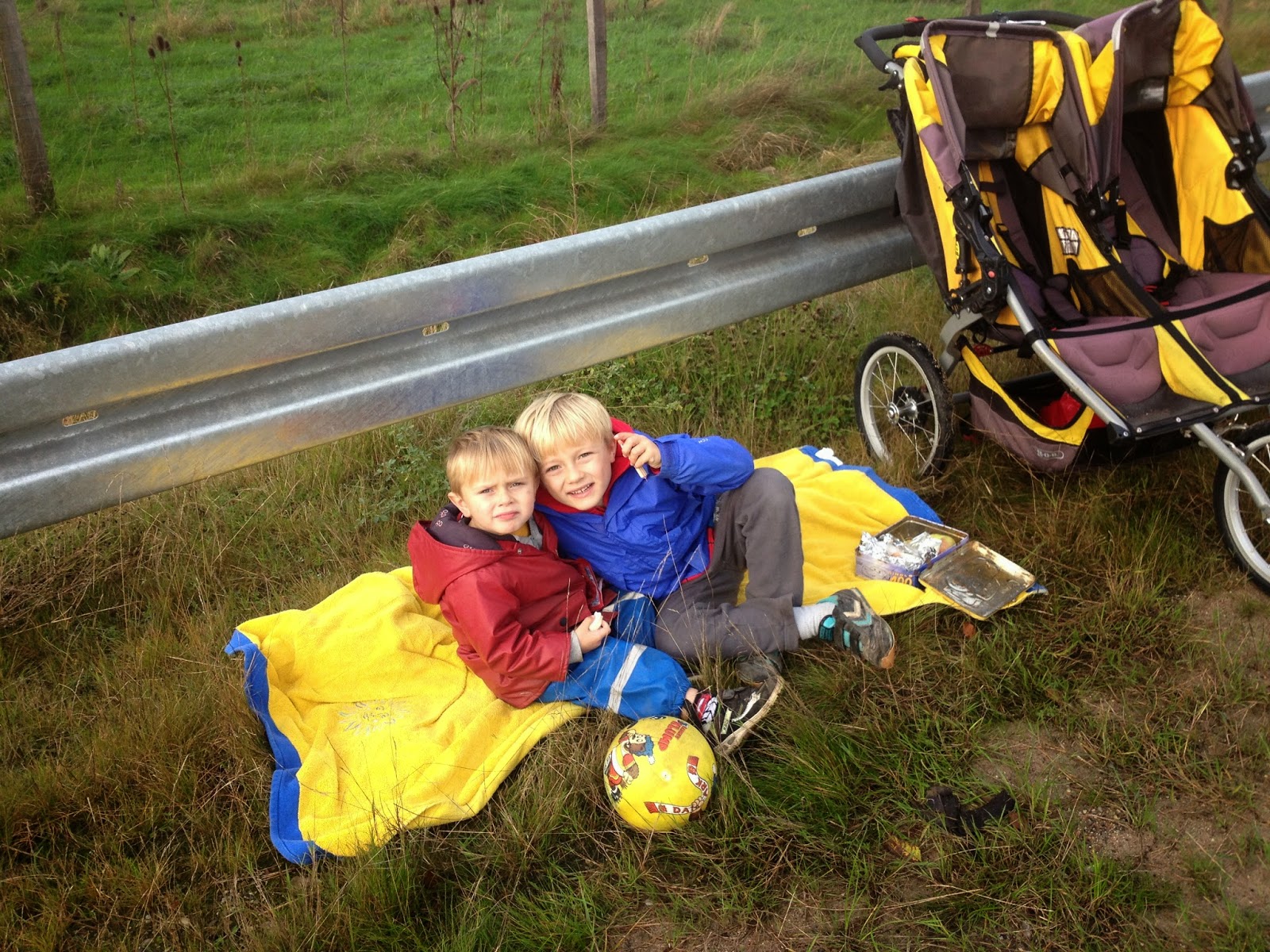 Before the race SR suggested I run 4.05/km pace. This seemed fair on a windy, hilly yet non-technical route. I ran a pretty even pace, but started a bit fast coming through 10k in 40.20, but the race ends with a wicked uphill so I slowed. I was happy I didn't start too fast because this meant passing the first female after 3km and winning 1.000 kr. (thank you, Sydbank!) and won a personal training program + free training at Fysium for setting the female course record.

What probably interested me about this race was my pulse (by the way, my pulse strap was so tight around my thorax that I had trouble breathing!! Looser and I feel it will fall down-- tips?). My max pulse is "supposed to be" 220-35: 185" which means I was pretty much maxing it out all the way after 5km (see below). What is the deal? I mean, yeah, it felt super hard, but I can only come to the conclusion that my max pulse is quite a bit higher. This is a long time to run at max pulse. No wonder I was wiped out the last km...

More on the LCHF diet

One of the foundations of improving aerobic performance is the ability to oxidize fat for energy. Runners on a high carb diet may not have much success with the Maffetone method (says the good doctor himself). SR, who has just recently gone super low carb, had me calculate my actual percentage of calories from carbs on a daily basis and we found out it was somewhere between 30 and 40%. The "sad" thing is this is about half of what it used to be. So it was only relatively low carb. In Phinney and Volek's study, "low carb" was defined as "less than 10% of daily calories" The good thing is, most of my carbs come from vegetables. Except for those two darn Clif Builder's bars in the morning and the glass of wine at night. Tomorrow, for the first time, I am replacing the bars with eggs. Wish me luck.

The change in my diet so far has been mostly positive (and I have been on this diet since February). I love that I can last long runs and many hours without getting that hungry. That old feeling of hunger I knew (headaches, fatigue) is gone. I don't need to worry about my weight anymore. It just stays in one place. I have also been surprised that despite being at the same weight on the scale, the lingering cellulite on my thighs just disappeared.

Dr. Phinney had claimed that in order for the LCHF diet to work you had to be "ketotic" which he believed required less than 10% of calories from carbs. See my post here. I however am nowhere near this and feel I am experiencing a lot of the same benefits as athletes who are techincally low carb. There simply must be a gray zone.

One down side is I feel like I have a lot more body odor (just female hormones??). Food is also more expensive and requires more preparation.

Then again, if I do end up living a long life, the fact that I will be less likely to develop insulin resistance (since I am producing less insulin than if I were on a typical Western Diet) is nice, too. As I look back over the last  year, I have gained endurance and speed, but that may be due to my training plan.

I keep hearing all of these positive things from athletes on the LCHF diet, for example Joe Uhan and Zach Bitter (weight loss, improved cholesterol, more energy, faster race times, etc). I would be interested in hearing if any readers have had a negative experience with a similar diet.

P.S. The 32Gi  energy products are NOT part of a LCHF diet. They are made of a type of sugar. They are not healthy to train with on a daily basis and do not improve fat burning. And these products do not make sense for marathons either because they have the same glycemic index (GI) as milk (which is 32). This may mean you feel you are lacking that boost of energy you can get from high GI sugars, which again I feel should be reserved for races.

Edit: I can see now that I shouldn't have made such a bold statement about 32Gi. One could potentially use them as part of a LCHF diet, but they are made out of a type of sugar. When I said they were not healthy, I meant compared to a healthy diet, but they do induce less of an insulin response than most other energy products. Basically, I believe all energy products should be reserved for races and preferably not part of daily training.

Oh and yes, you see I am sponsored by Vitargo, which for me is perfect for races, because it is easier on the stomach and gives a nice burst of energy. But I do not use their products for every day training

In other news, I just got permanent residency in Denmark and I am studying to take the Danish citizenship test December 2nd. This was really great news for our family. Up to this point (the last six years) I have been required to have full-time work at all times, plus document all of my work plans, rental contratracts and keep reapplying to maintain residency. Now, I don't need to worry about being allowed to stay og traveling back and forth from the US. The whole thing was a very difficult process, but I am enormously grateful it worked out.

Running songs of the day (Maffetone (musician that he is) says you should not listen to music while running in order to keep your pulse down.... hmmm... I'm not buying into that one just yet)

Edit: Ok, Dr. M cleared this one up for me, too. He says he prefers athletes listen to their bodies rather than music while running. He said he did an observational with runners who were and weren't listening to music on a treadmill and found those with music had a decreased running economy. My note: I am not sure if this difference was statistically significant.

Running song of the day
The first song I was going to put was Taylor Swift's "Out of the Woods". She is such an underrated overrated pop star. That video is not available on Youtube yet. This one is from the Icelandic Elliphant and the Danish Mø.