Couldn't help the title (partly) after noticing that a young guy: Butter, Michael Butter, from Holland took 7th in The Boston Marathon today. You know he is an unknown when I do a Google search for his picture and George Clooney comes up. Now why is it that The Boston Marathon is run on a Monday again?

The other reason for the title is I found the cure to my ITB! Or so it seems. I ran 10km pain free today. Okay, a little twinge in my right hamstring and a tightness over the left knee at the end, but I felt awesome!! Should I admit I got tears in my eyes, I was so happy?

What did I do?

I manipulated my leg and butt on the left - for hours. I watched two videos on youtube over and over: one about deep tissue massage for the ITB and the other on Active Release technique and performed them on myself while watching. Oh and I concentrated a lot more on the gluteal insertions than they do in these videos. And it hurt! But eventually, last night, I felt something give and I, for the first time since the Mad City 50k, went to bed without pain in my leg.

This morning I ran in the sun on trails and YIPPEE!!

Tonight I went for another massage with Lone (she seemed amazed by the amount of change in just 3 days) and tomorrow - no running.

Whoever says conservative treatments for running injuries (specifically ITB) don't work needs to keep their mouth shut. I got so sickened by the amout of people trying to sell crap on YouTube claiming that this and that conservative treatment doesn't work. Sure, maybe they don't all work for everyone. But there is no reason not to start with RIC (okay, so the E: elevation is pointless unless you are actively bleeding) and, by the way, don't ever take ibuprofen; that stuff does not help healing. It takes pain away and makes you run when you shouldn't. Besides RIC, other effective conservative measures: massage, stretching and (as Jill Homer mentioned, and which should never be neglected is) cross training. The great thing about cross training is it not only prevents future injury but keeps your blood flowing, loosens up ligaments just keeps you feeling good. I have found my hip adductors to be particularly important in cross training with ITB. But one must avoid doing more injury! Don't do it if it hurts!!!!

But, as pointed out earlier, ITB syndrome is a manifold condition. What works for me may not work for others. The number of iterations of and reasons for IT band inflammation approaches infinity - but I am only saying, if you catch it early enough and rest and manipulate, it might just work.

One thing: get a gait analysis. One thing that strikes me whenever you post race pictures, especially towards the end of your races, is that you've got pretty ugly form: hunched over, bent from the waist...

I will try for a brief moment to not focus on the word "ugly" and ask: is it my gait or my posture I need to fix? I do realize it is hard from looking at the pictures, but I lean back so much when I run that everyone thinks it is some kind of a joke. It used to give me hip issues, but since I started running in minimalist shoes, those have disappeared. I still run leaning back, but my hips are at least spared since I'm not jamming my heels. What kind of help does one get from a gait analysis? To me "gait analysis" always meant "method by which shoe company/store tries to get you to buy unneeded shoe product." Am I wrong?

you may be right that this episode is stemming from compensation due to your quad issue, but I can't help but believe your form is contributing to your issues.

It was not compensation due to quad problems. The vastus lateralis actually bled and the inflamation around the bleeding made the muscle stick to the the iliotibial tract. This is what I could tell short of opening up my leg and looking.


Also, runner's knee is different than ITBS -- not a Danish translation issue. The "official" name in the literature for runner's knee is "chrondromalacia patella" although I have likely spelled that wrong.

The Danish "løberknæ" - literal translation: "runner's knee" is Iliotibial band syndrome, or in Danish "tractus iliotibialis friktions syndrom". Look it up if you don't believe me. I had never heard the term "runner's knee" in English, but I looked it up and I guess it refers to Patellofemoral Pain syndrome. So in fact, it is a Danish translation issue. Runner's knee in one country is apprently not the same as runner's knee in another. You learn something every day!

Da Vinci paints Henriette in Albertslund before the CPH ultra. 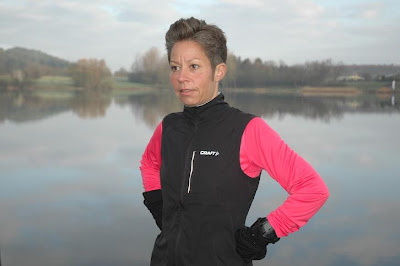 My mom sent these from her iPhone. 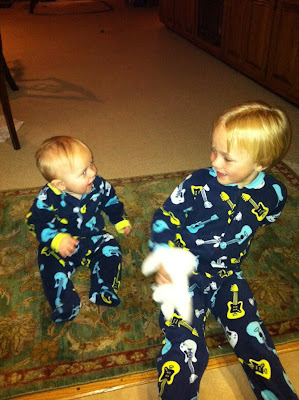 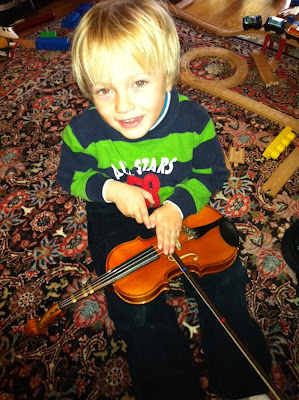 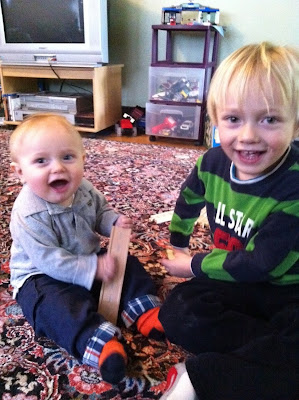 I can't believe El Guapo got his first tooth without me there. But I am so happy there is Skype- yet poor El Guapo must think I have turned into a boobless screen.


Okay, and sorry about all the songs, for those of you who dislike music, ehem, but they make me feel less lonely. And if anyone out there is as much of a music lunatic as I am, perhpas you'll like them, too.

The song I was listening to when I started crying during my run:

It is the Miike Snow (Swedish) remix of Amadou & Mariam's (Malian) Sabali (don't be fooled by the low-fi start).

And the most beautiful Beach House song yet?

nice work on finding an ITBS solution; I remember rolling my leg on a rolling pin - yowch that hurt but helped a heap! Happy running!

Boys are cute in their matching PJs!

I am not sure what you mean by conservative treatment. But manipulation (massages, chiropractic moves) seems to be the only thing that works for my ITB as well. Stretching, hip strengthening, ultra sounds did not work for me one bit.

Do you mind sharing which youtube videos you used?

I also changed my gait after one quite accomplished athlete looked at it and gave me some pointers. I cannot say for sure that it worked, but so far it seems to be working. Gait change and manipulation.
Let keep our fingers crossed that it stays pain free from now on!

I've had the American version of "runner's knee" i.e. chondromalacia patella (grade III) ... which I contracted from biking. So many people recommended I correct my "tracking" during pedaling, get a bike fit analysis, etc. I tried different stretching and strengthening exercises, went to physical therapy, and continued to experience flare-ups for years. Nothing actually worked until I became more regularly involved in cross training ... ironically, running. I think consistent cross training is a great strategy for preventing overuse injuries, but perhaps not as effective for reaching specific race goals. I only know that I've experienced a lot less injury (at least injuries unrelated to falling and crashing) since I started trail running in addition to cycling.

BTW ... I've been reading your blog for a couple of years. I think it was Danni who first directed me here. I enjoy your casual style mixed with sometimes brutal honesty, and also your taste in music. I rarely comment on blogs anymore but I should.

Love the photo of the biys in their PJs!

My running form late in ultras is so stooped as to be... stupid. It's partly due to hours of staring at the ground, trying to see where my feet land, but mostly from core muscle imbalances that come from spending all day looking down at a desk. Instead of doing something about it (I did try, briefly), I just stopped running long; my running form when sprinting is quite good!

Jill and Mmmonyka- I updated the blog post to reflect your questions and good points :). Thanks.

Jill, it is a huge compliment to me that you enjoy my blog since you are such a talented writer! SR introduced me to your blog way back in 2007. Very fun reading.

I had ITBS last spring and self-treated the same way you did. I'm glad it worked for both of us!