Trapped in the USA?

My life has been completely consumed with Leaving The Country activities.

I rented a container to ship our not-very-expensive-but-sentimental belongings overseas. The company we went with might be run by a bunch of scam artists, but they gave us the lowest price. So we may or may not see our belongings again.

We're also frantically trying to purchase things that will be much more expensive in Denmark. I bought an enormous collection of clothing for The Bois on Ebay for $40. He already has his favorites: 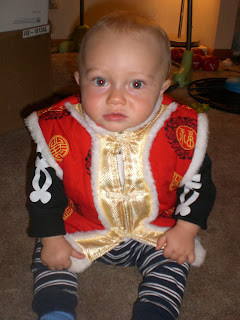 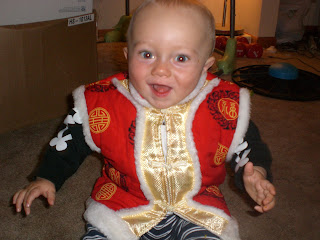 And I've been having ceremonial good-byes to my favorite running routes. There's something a bit weird about having a harder time saying good by to dirt trails than to friends and co-workers.

But there are also really hard good-byes that you just want to pretend aren't happening:

Here is my dad with his only grandchild, perhaps forgetting for a moment that this little guy is being moved across the world in less than a month. 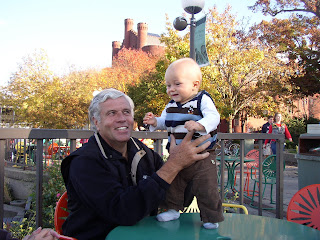 But SR and I are really looking forward to the move. We're excited about our jobs, the town we'll live in, the races we've found to run (topic for another post!), the free daycare and education, the best bike lanes in the world, the ocean, etc., etc. etc.

So the stress of moving is nothing compared to the stress of me (still!) not having my passport back from the Danish Government with my green card stamp in it. It's pretty hard to move overseas without a passport!

After we deposited around $10,000 in a bank account in Denmark (my security deposit), we were told I'd receive the passport. But it's now been a month and still no passport. And the guy who is in charge of my case hasn't been reachable by phone or email for two weeks. Suffice it to say we're getting nervous.

That sounds stressful. I bet you'll get it in time. Is that the terrace where your dad and the bois are?

Yes, that is the terrace. Was it the chairs that gave it away? And how do you know Madison so well?

I used to live in Madison. My husband was born and raised there (his dad is a retired professor).