Winforce 100k Preview, Two noteworthy performances & My next 100 miler (aka THE FUTURE)

So have I mentioned how excited I am that trail ultras have made it to Denmark (finally)?? (okay maybe only 5 or 10 times) - well, it looks like they are here to stay. Today I was out measuring and photographing the Winforce 100k route with Christian & Christian M, which will take place August 17th in northwest Sjælland.

Martin Paldan (Denmark's most well-known adventure sports photographer) was supposed to accompany us, but his motorcykle broke down, so the Christians had to settle for the less-known, less-equipped Sea Legs Girl Run N Snap. Here are pics from the 25k route (run a total of 4 times (did I just write that?)). We only ran it once. 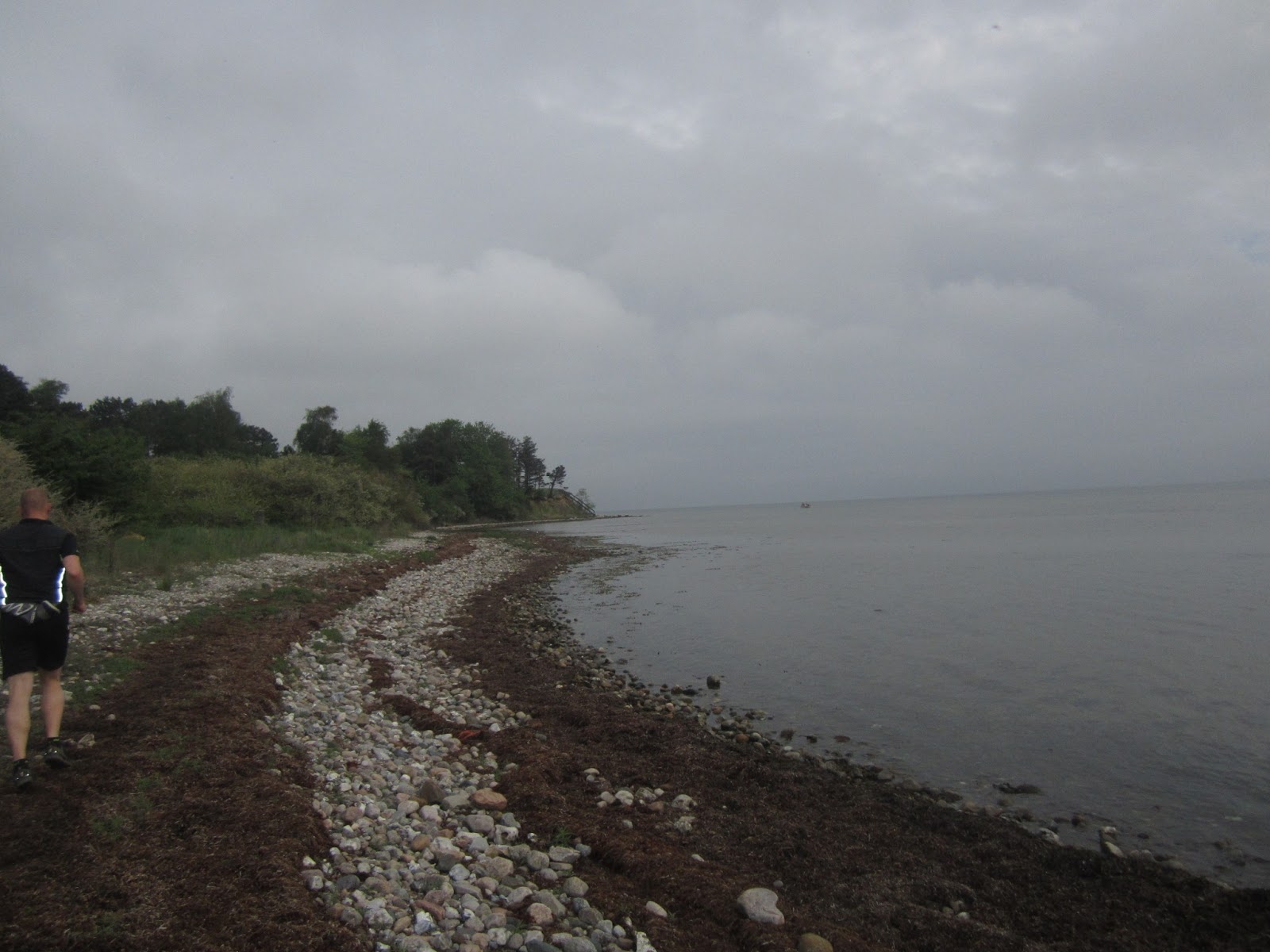 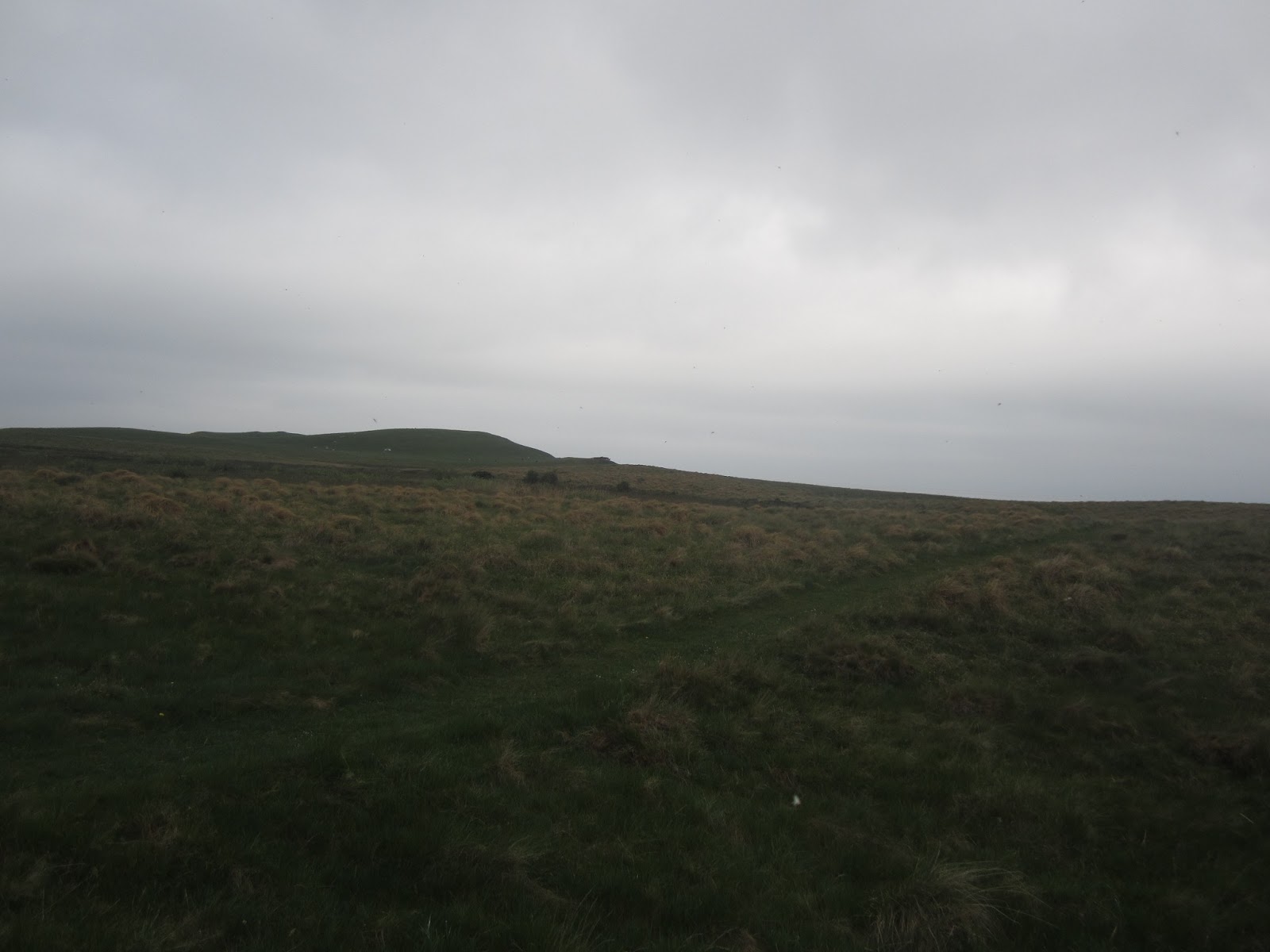 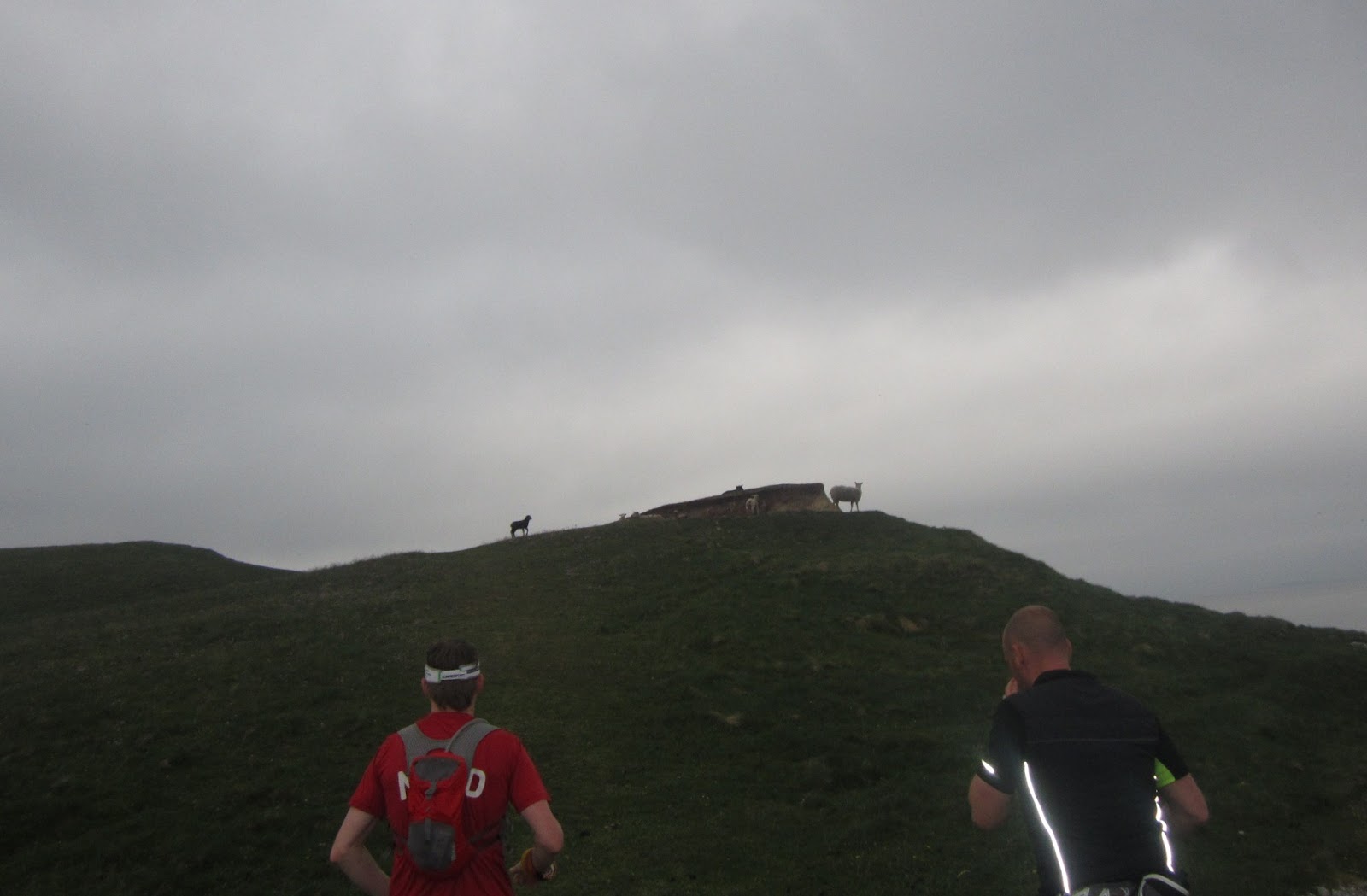 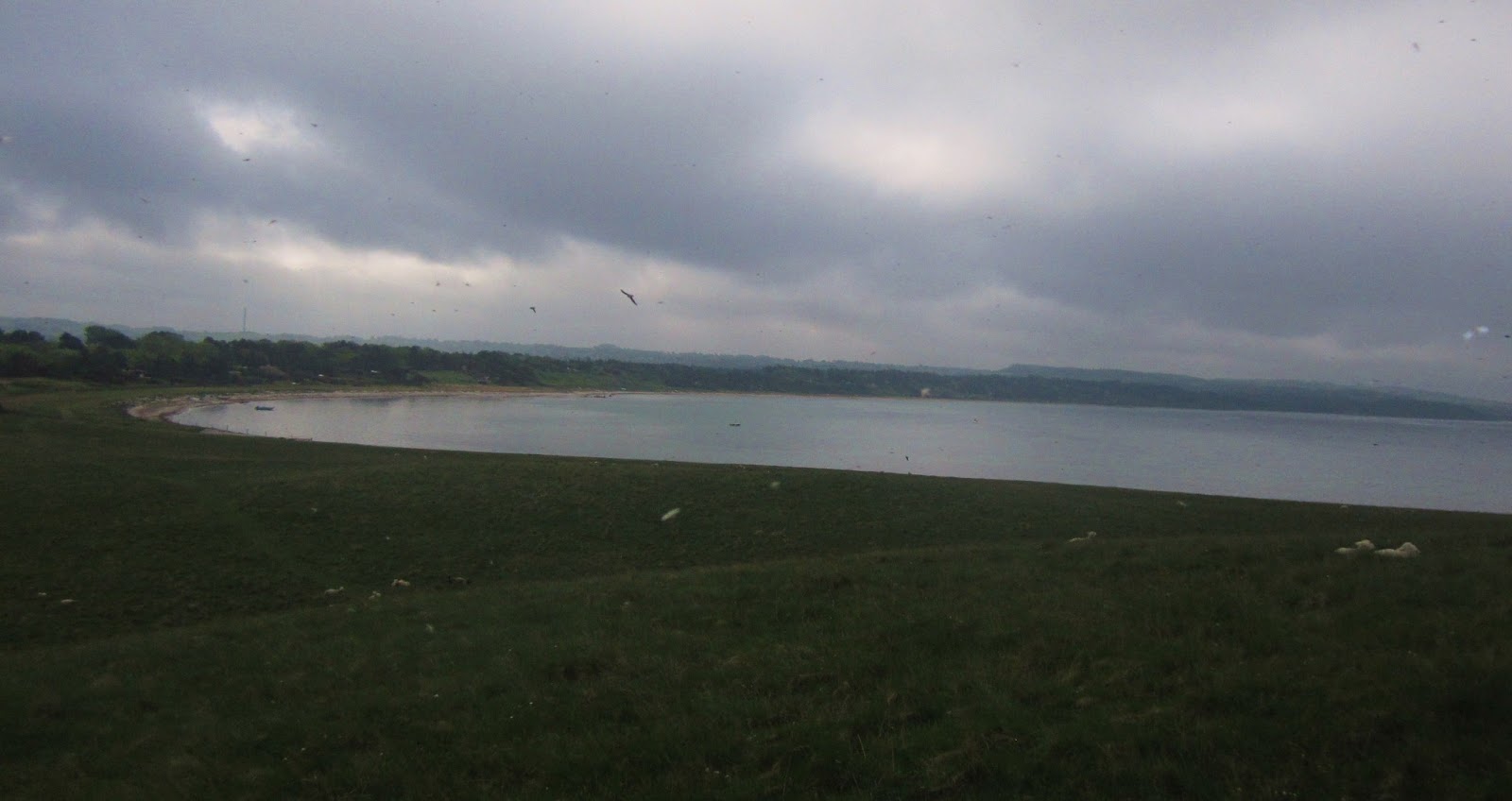 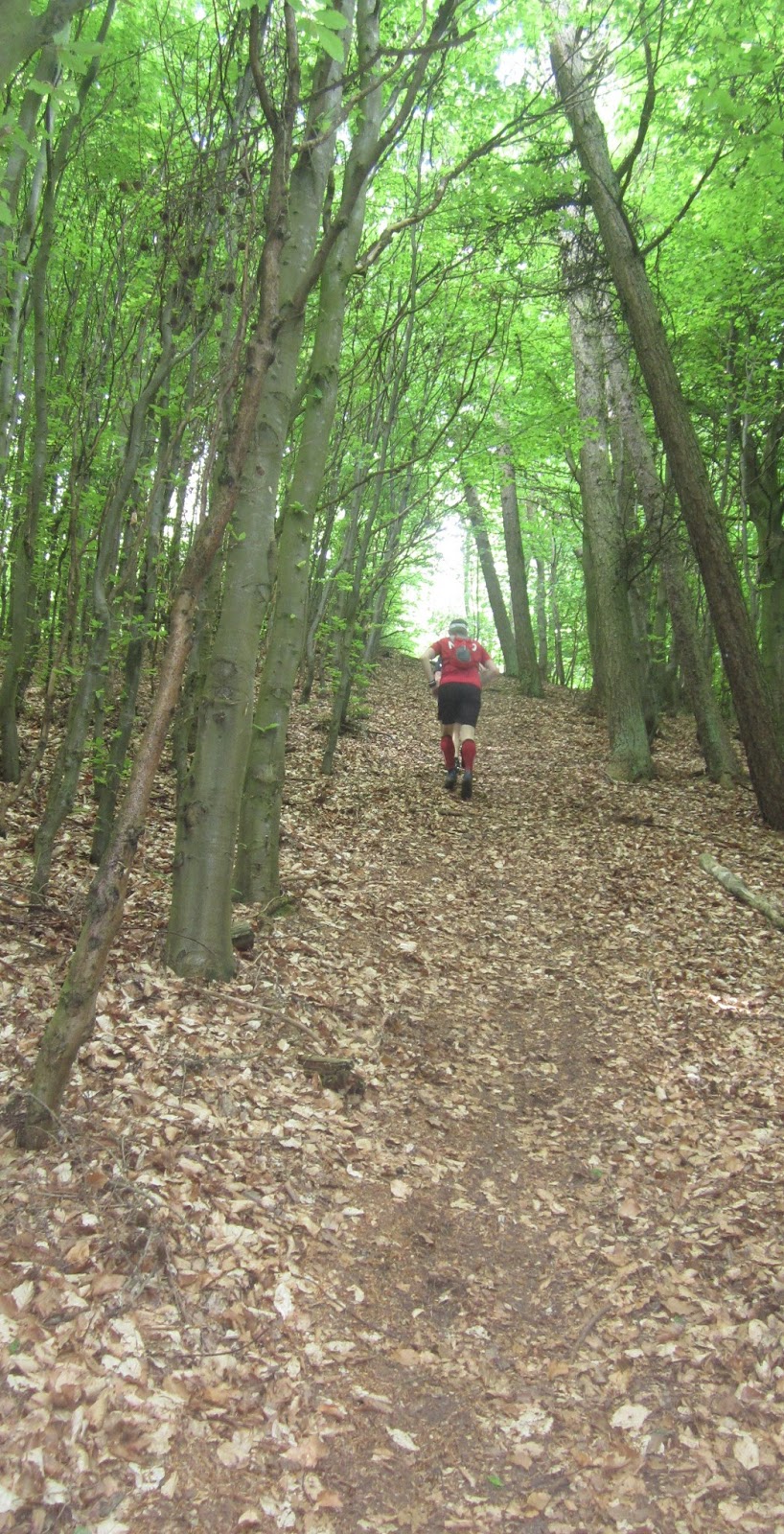 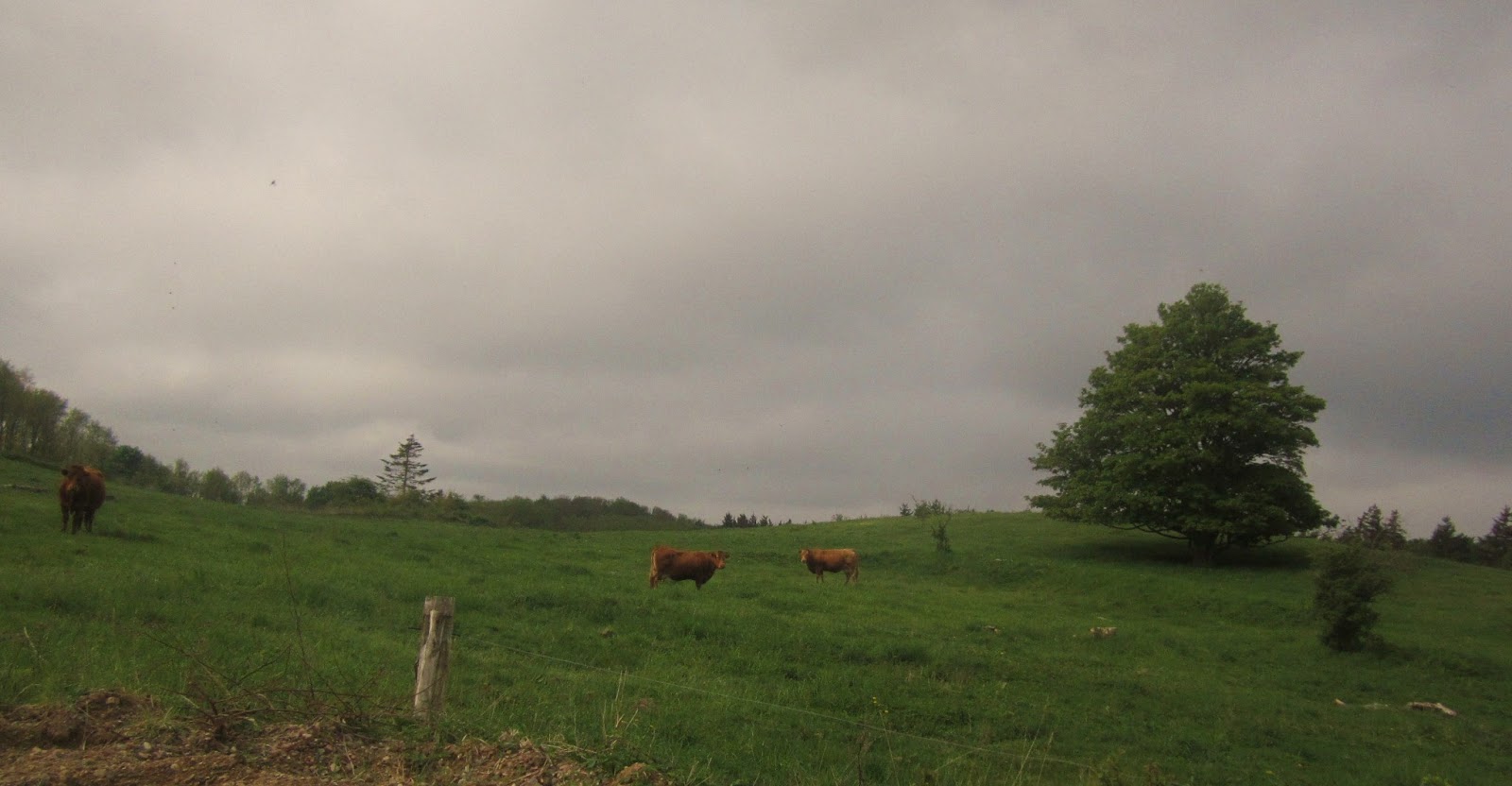 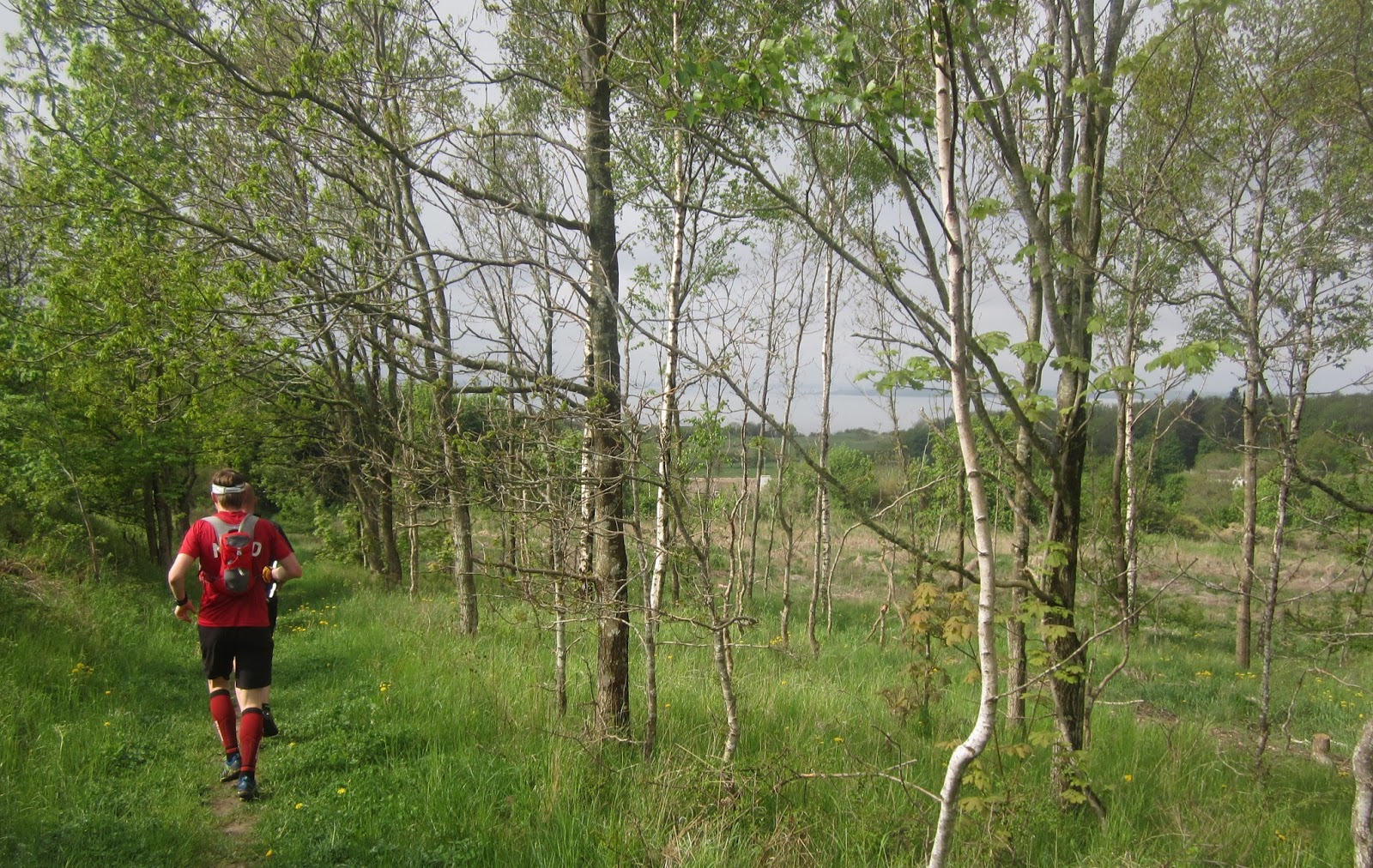 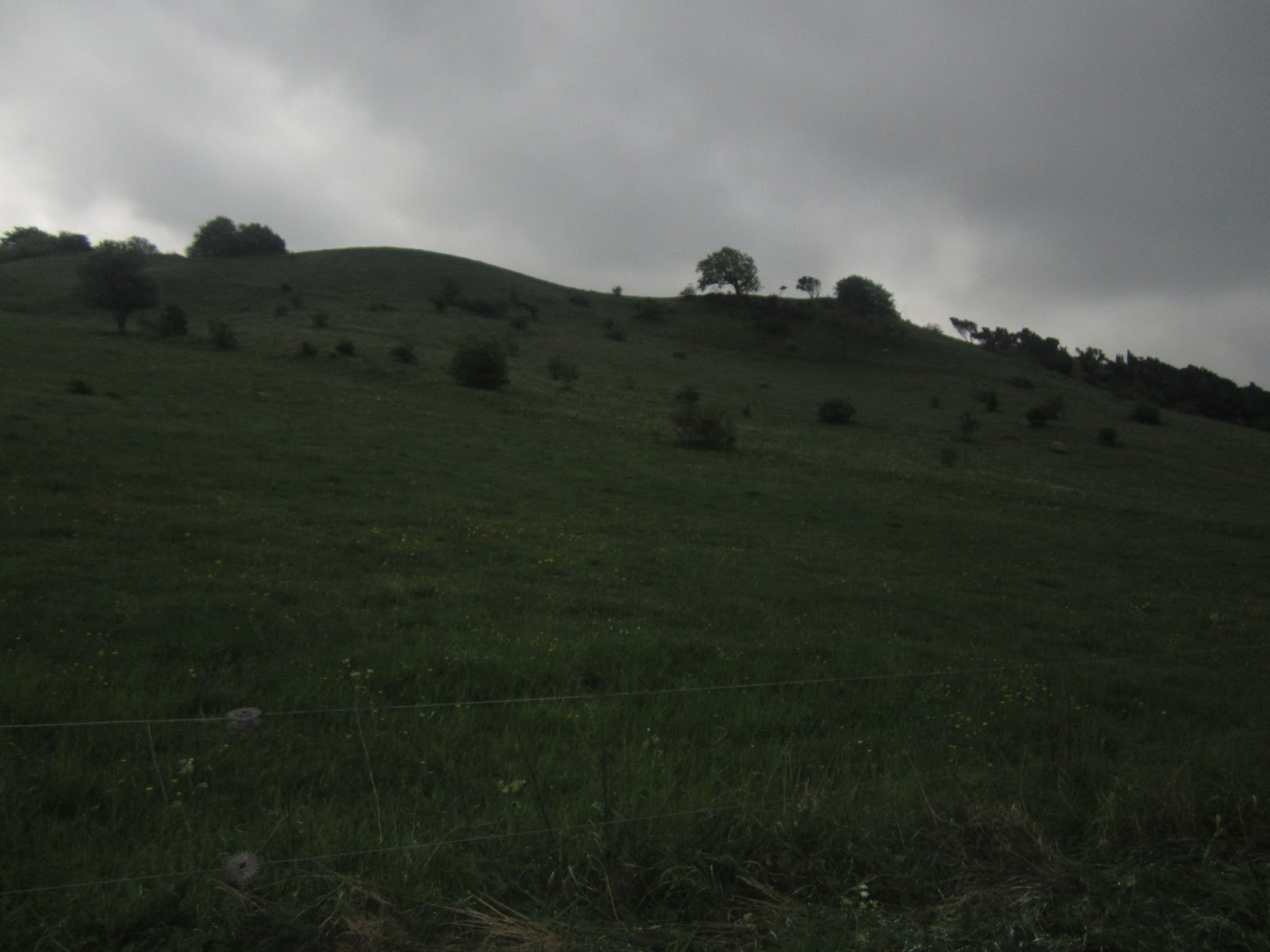 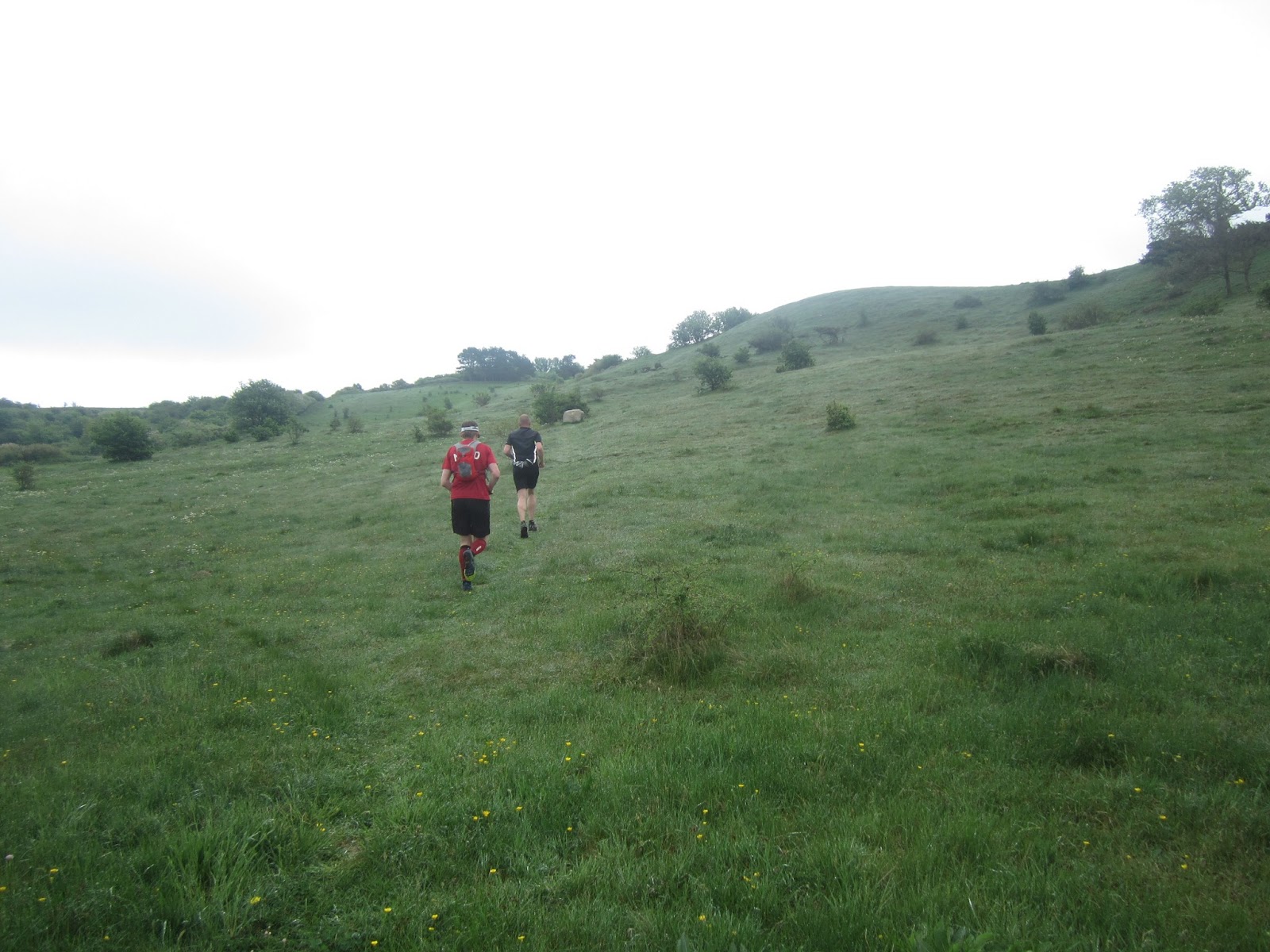 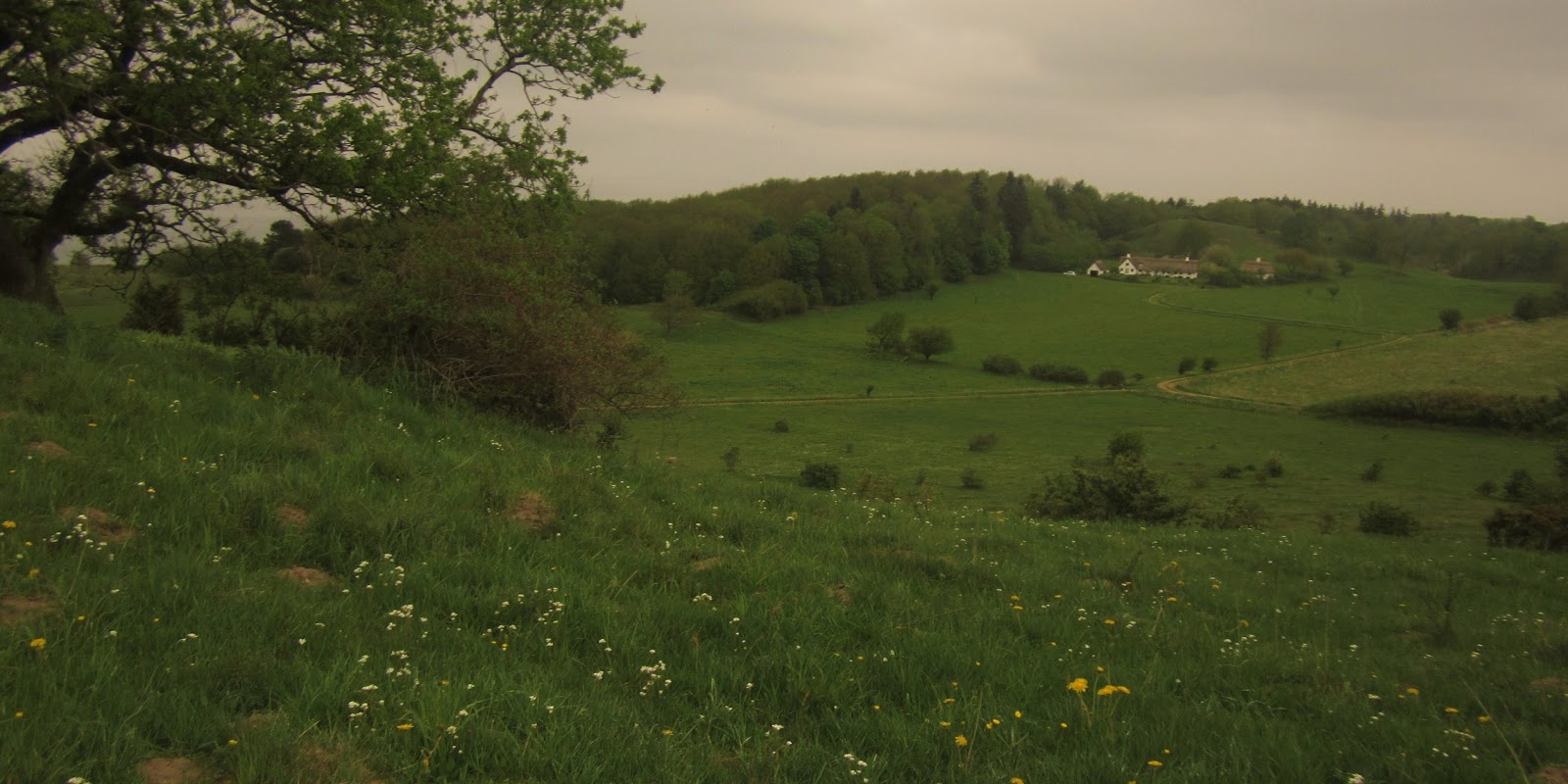 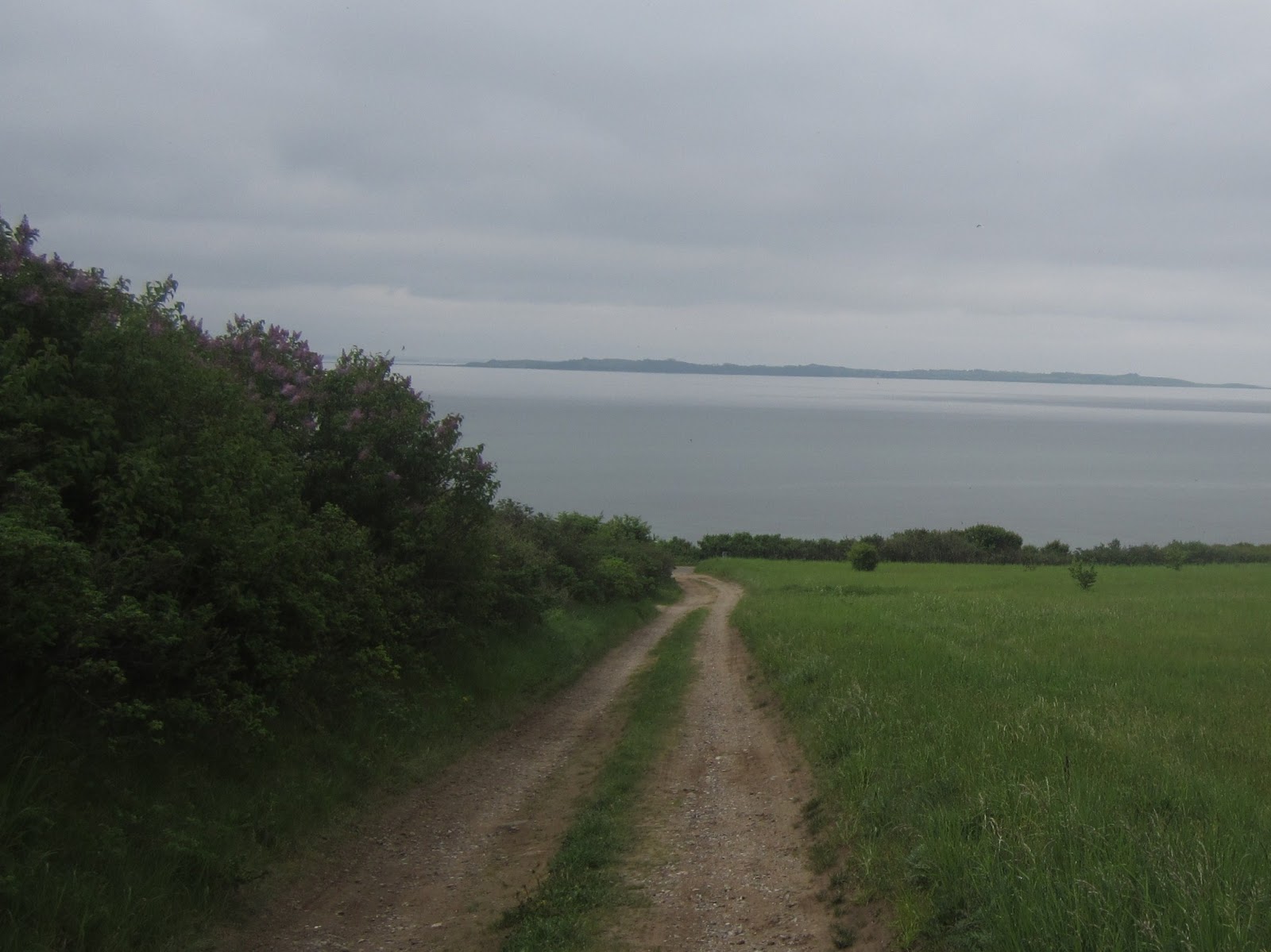 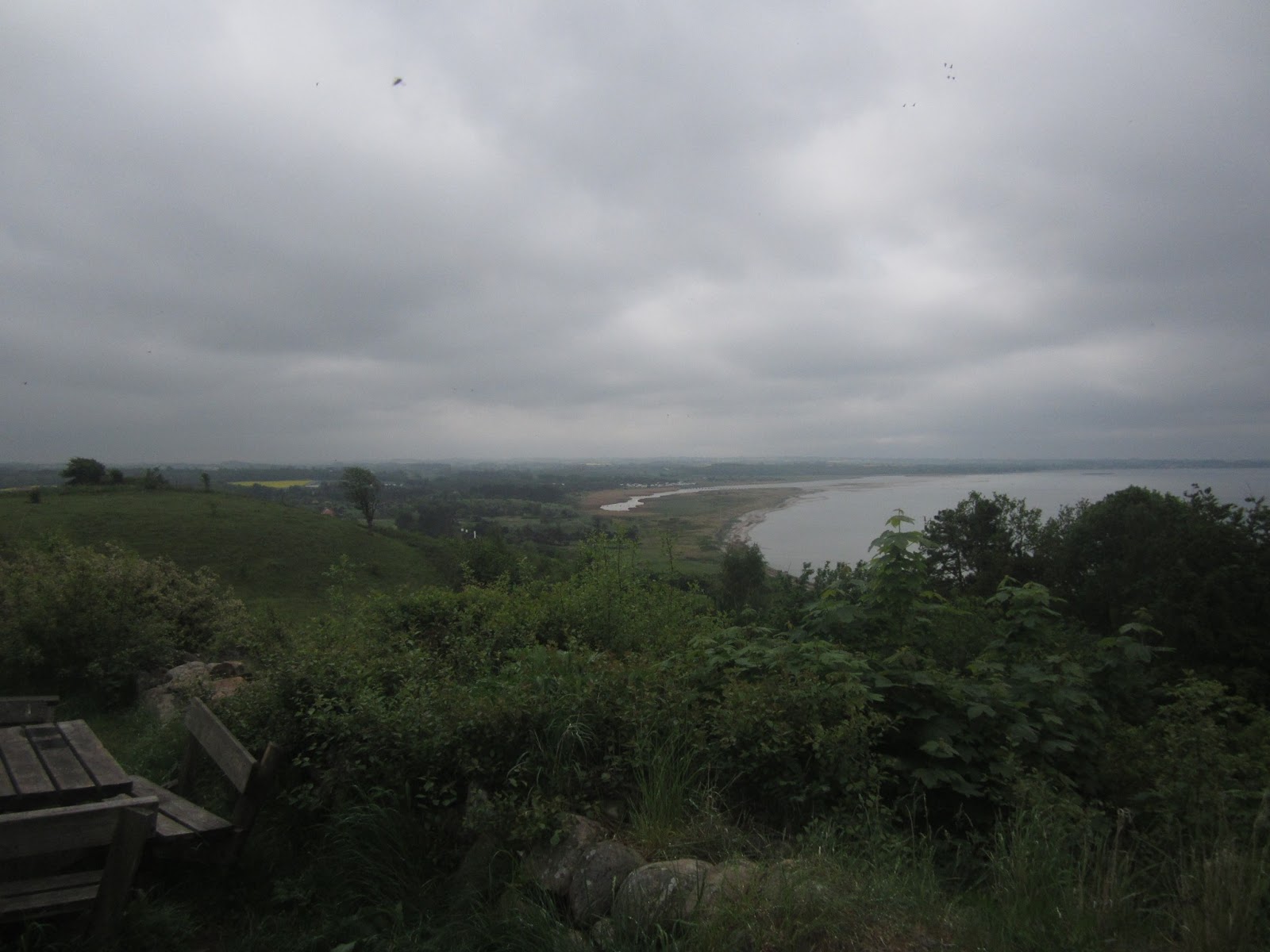 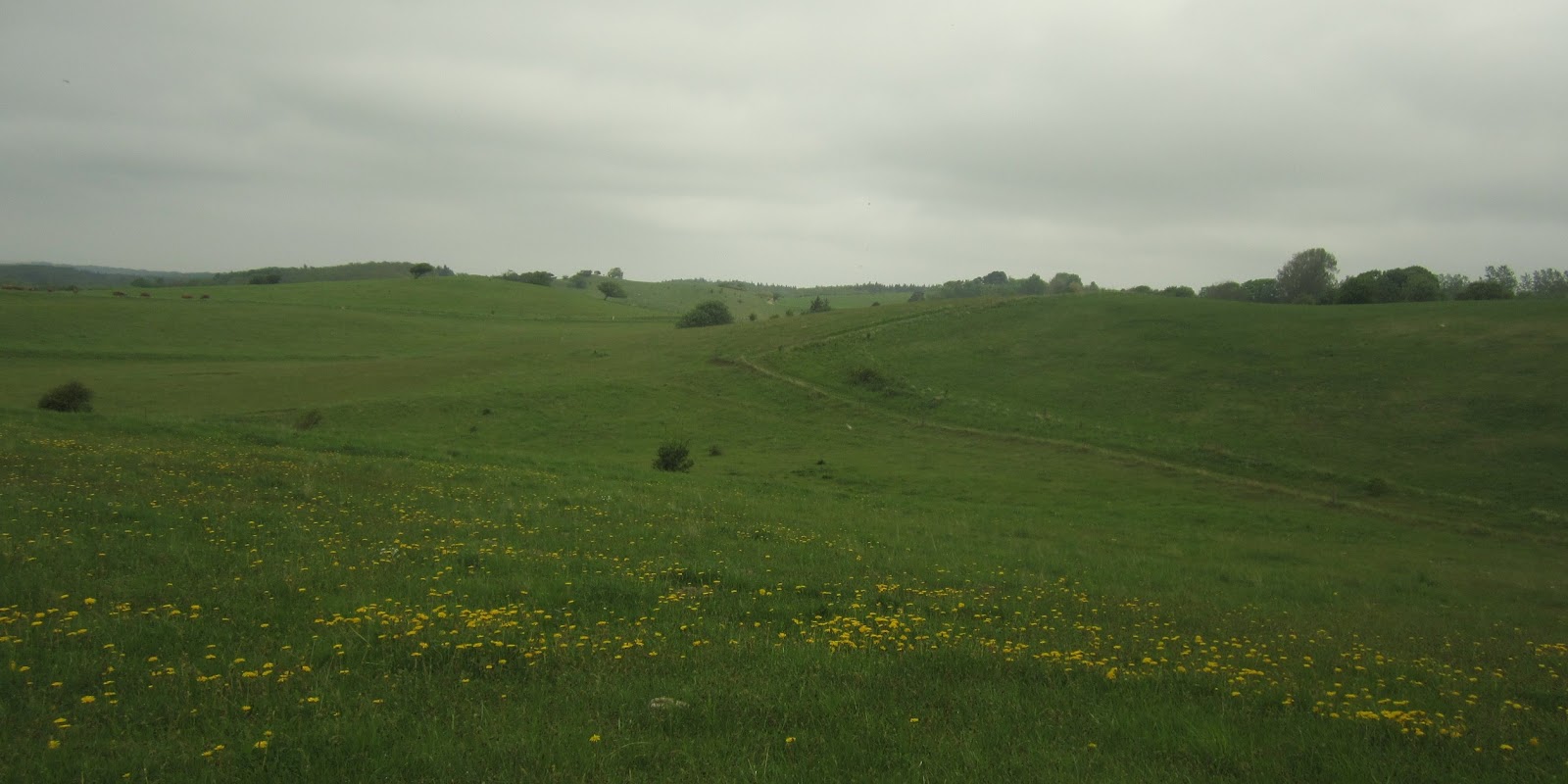 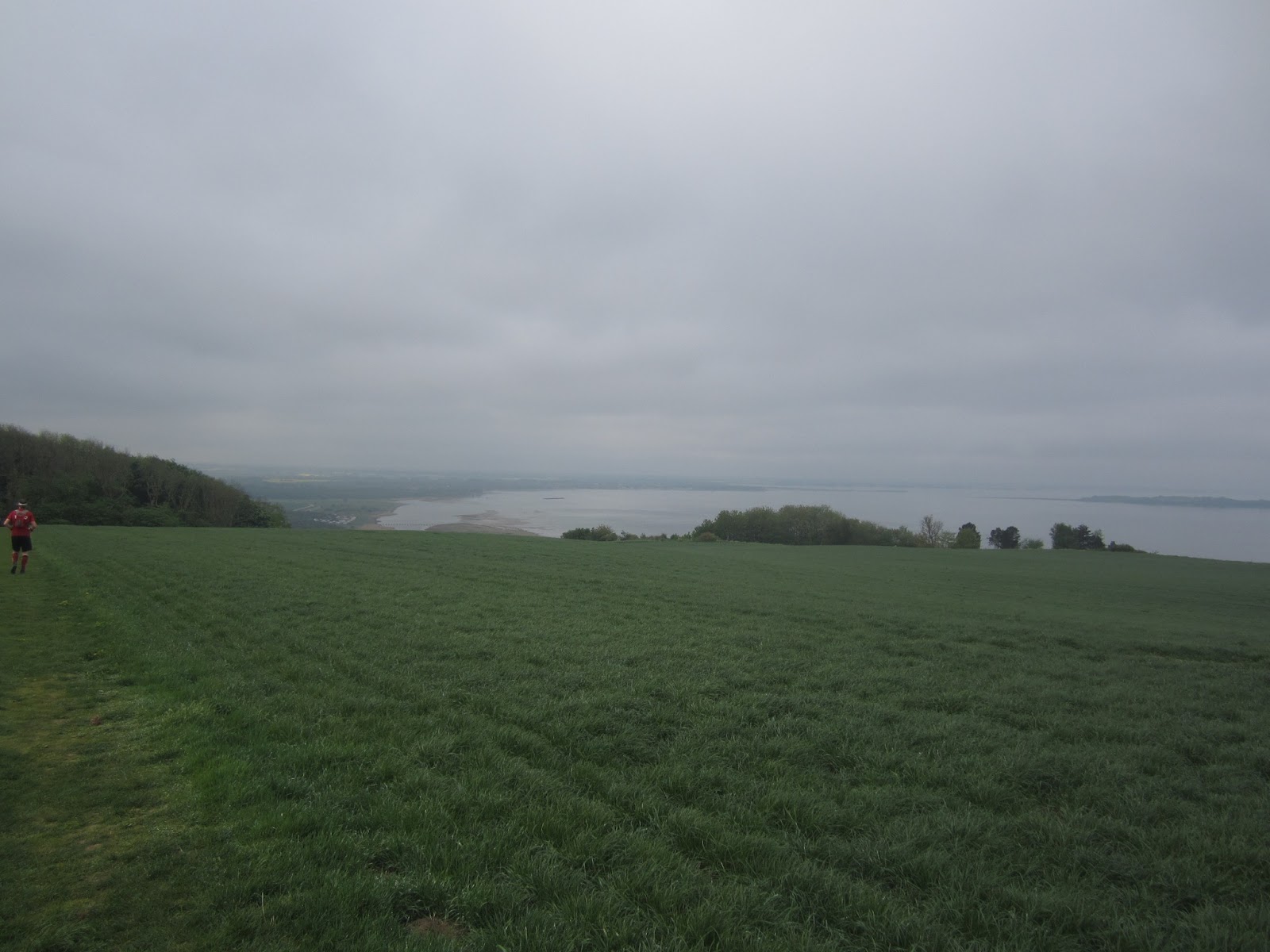 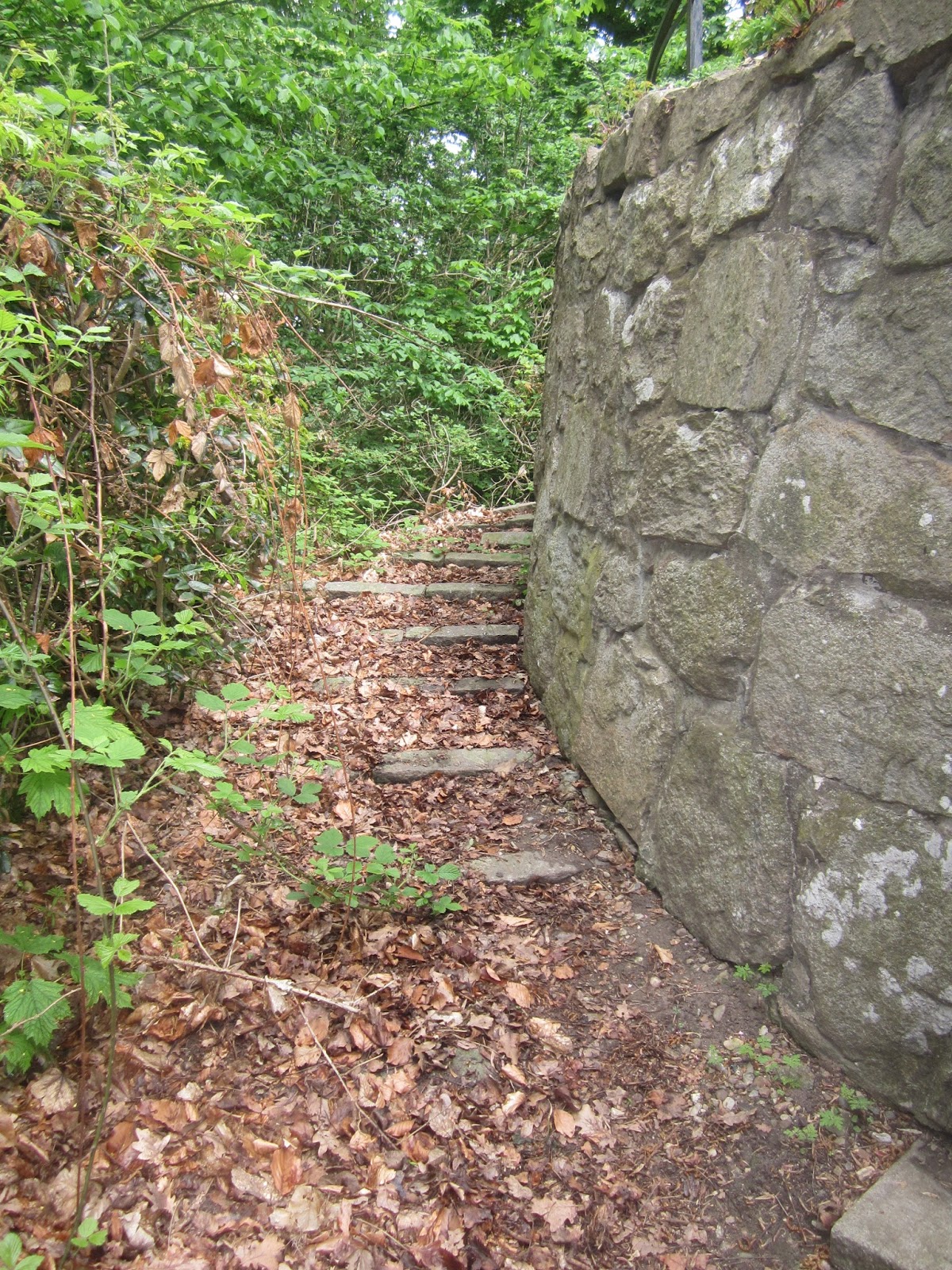 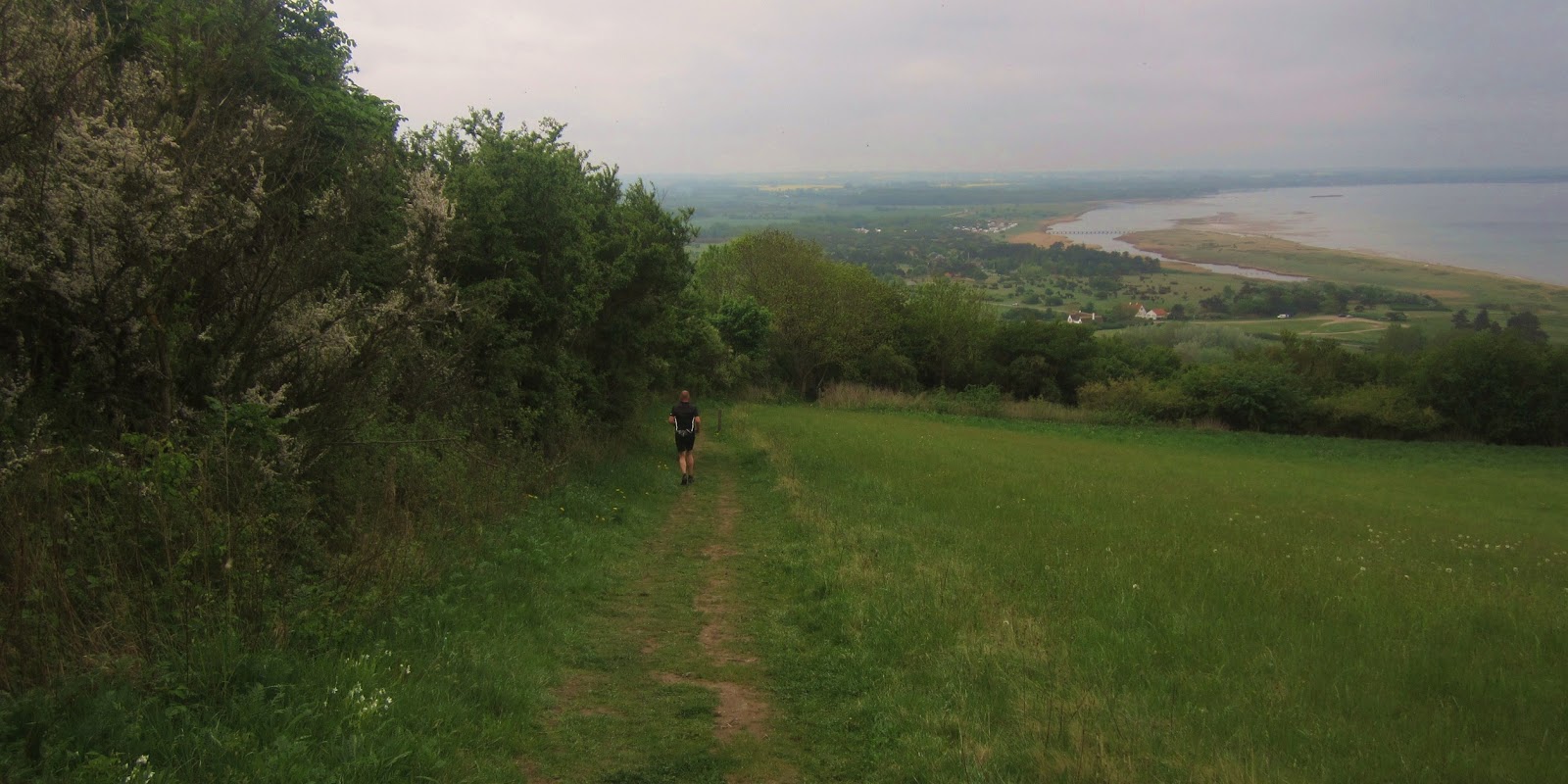 And that rounded off 110km over 4 days. All on trails. Think I'm sad about not running Copenhagen Marathon? Or Skechers 100k on roads? Not really. Not at all. I'm just happy to not be injured. And to be experiencing Denmark like this. (if as a baseline you think of Denmark's nature as boring, you will constantly be pleasantly surprised).

In summary, Winforce has a runnable, beautiful, varried route with almost no asphalt. Lots of altitude change - enough for almost 3 points for UTMB, but all finishing participants will receive 2.

I am so excited to be part of the making of this race- and look very much forward to being race physician (I would of course love to make this a focus of my practice in the future). Looks like SR will be running it. It is just his kind of route. I would not be surprised if he wins. He will do well if he doesn't cramp up. That's where I come in with a magic electrolyte elixir.


Veéra ran her first marathon last year at age 20 in under 3 hours, then went on to run another in 2:53. Today at the Copenhagen Marathon she ran a 2:56 marathon for 6th place woman on a very humid day. She just started running, but was an extremely active child according to this article: involved in gymnastics, hopping, skiing, ballet, dance, jump rope, etc, etc. http://www.arcticsportaddicts.fi/veera-vainio-menee-eika-meinaa. Doesn't she look amazing?

Today my dear friend, Pia ran the 2nd fastest 100km ever by a Danish Female. Her time was 8:29:01. This woman is such an inspiration to me. She absolutely LOVES to run and runs a lot! It is so fun to see her achieve something so incredible. She was on pace to run sub 8 hours but got very bad stomach cramps the last 20 k. An incredible time, which she no doubt can improved if she desires (and I think she does).

So it looks like I will be running the Superior Sawtooth 100 miler. Haven't signed up, but will soon. SR hasn't written yet about his future job on his blog yet, but said I could after his phone conversation last week. Looks like we will be moving to Duluth, Minnesota. My job will still be in Denmark, so there will be lots of transatlanticism in our lives. But more time spent together than not by far. In terms of places to live in the US, it could hardly get better than Duluth.

My last running song of the day reminded me of an even better song and an even better band from 20 years ago now (wow). I am so in love with Tanya Donelly. How much is too much? She has so many good songs to choose from.

In that photo, Veera looks like she's maybe 8 years old! The photo in the link is much more reasonable.

Sawtooth... what can I say (except "Crosby-Manitou in the dark" is a different world from anything you've ever done)?

Agree, that girl does look like a child, a very young one. Congrats on the move back!

It's for real? YAY!!! When are you and/or SR coming? I'm running Sawtooth too so we are already having our first racing rematch;)

I was thinking more about where in Duluth you guys should live and I'm now leaning towards Lakeside, near Lester Park. I'll tell you all about why when I see you in July...

Ok, Steve. Stop narring me! What is so different about Crosby-Manitou? While I puport to love different and new things, it is also nice to be prepared on some level. Or isn't it?

Olga & steve- totally thought she was in kid in that photo, too. Clearly part of her charm.

Alicia- it is SO real that I had multiple dreams about you last night- specifically that you brought me to a pre-race meeting for Sawtooth and I realized that I was late for my YMCA 5k race- and I couldn't find my shoes. And I was wearing corduroy pants. The things you do to me! I saw your name on the start list and my only thought was- YES! I can do this one with Alicia. I really think I'm changing since whether or not you or I come in first is totally unimportant to me. I just hope we both have a kick ass race. Can't wait to see you this summer. Would love to hear your thoughts on where we should live since I am a bit clueless and not finding much.

Danni, I hope it goes without saying, but I will say it anyway, that you are very welcome to visit us in Duluth (as a babysitter... just kidding! of course). Please do.

Yeah, that's the Finns. That's the way they run. And continue doing it without any connection whatsoever to their age. That's what I'm up against every race.
No wonder I loose any little humble piece of self-confidence and let them get ahead of me.
Too scared to even think about what will happen to me if I try to keep up.
But wouldn't I just really love to crack the code, do it and show them.....

How I love Kirsten, the bitter.

Congratulations on your new plans! I was just up on the Superior Hiking Trail for the first time this weekend (for the 50K) and it's beautiful and rugged. Had dinner afterward with a lot of Duluth trailrunners and there's a great running scene there. I think you'll like it.

Ha!! I always have those dreams but about Arrowhead. I'll try to remind you to wear some shorts for the race. And it's fine with me if we aren't "racing" each other because then I don't have to care when you beat me;) And Steve's just scaring you--Crosby-Manitou isn't that bad. It especially won't be after we get a good week of training in the mountains!

Lots of great neighborhoods in Duluth with really close access to trails. Depending on work location, West End (Lincoln Park) can be very nice. SHT right out the back door, with Jay Cooke only 26+ miles away via trail.

There is a great trail running community in Duluth as well.

Welcome to the area!

Robyn, congrats on the 50k! Did you enjoy the course? I just found you on the results list- I hope that isn't too stalkerish.

Thank you for the reasurrance Alicia. It is possible, though, we have different thesholds for "not that bad" as I tend to think of you as a hard-core trail girl.

Wild Knits- I had no idea Duluth had a "west side". It is so long and thin. Thanks so much for the tip on the neighborhood. I would love access to the SHT and a view of Lake Superior. Is that too much to ask ;0)?

SLG, I had a blast at the 50K. The course is lovely. 100% singletrack (except for the first/last mile), almost all heavily wooded, with birch forests, rushing rivers, wetlands, and rocky summits that supposedly have a great view when it's not foggy/raining. Well organized race, friendly people, great aid stations.

SLG - "west" and "east" are interesting terms in a city that actually runs southwest to northeast and is 28 miles long and only a few miles wide.

It is not too much to ask for easy access to trails and a view of the Lake (yes, it is capitalized here).

The SHT runs a few hundred feet behind my house and I have a view of the St. Louis River Estuary (aka the Bay) out my front door. If I was a half mile or so to the east (towards downtown) I would be looking at the Lake.

Wilknits- I was kind of joking about the "west end" part since I know the set up of Duluth and it is quite long and thin :0) in the N-S way. But it is SO extremely helpful to know you actually live right there and that you can give advice. I'm thinking you find me generally annoying and probably don't want to meet me in person, but if you do, I will say, I really look forward to meeting you and maybe we could check out the SHT together one day?? It would be really fun to meet you in person.