Left arm in the air

So is post-ultra depression a well-known entity? The first two days after we got home, I was feeling great, sort of super-human. I just kept thinking about how awesome the race was, how proud I was of both of us. 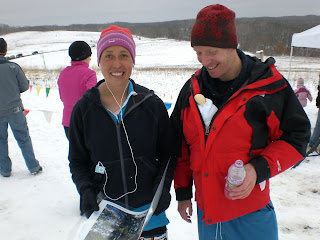 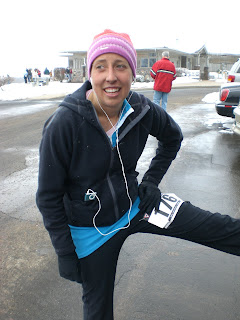 Then I couldn't run for three days. The Bois got shots, started crying a lot more. Some woman at the Y asked me when my baby was due. And the worst part was having the step-kids over and feeling like such an inadequate, tired step-mom. Step daughter kept saying she was SR's most important child, and I was actually getting annoyed. My reaction is depressing in itself.

Anyway, I found myself with this strange desire to be The Bois. Life just passes by so quickly and I feel sometimes like I'm not living it as I would like to. If I could be the Bois I'd have another shot. And the simple pleasure I'd get out of sticking my left arm in the air. 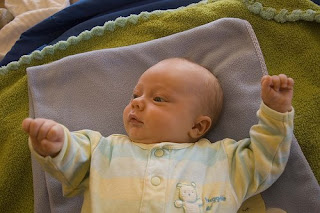 But there's no second life. I do console myself that I can make him loved and happy. And I've been thinking a lot about how I want to affect the lives of step-daughter and step-son, too. Been thinking about what made me happy as a child. It was feeling safe, it was traditions and fun days that happened every year, it was making my parents proud.

The other night, SR was talking to his ex-brother in law on the phone and I almost started crying. I said that if I died and he went back to living with his ex-family, somehow my existence would be less important. It's a scary thought. But then I remember days like when we were at Effigy Mounds in Southern Minnesota, so in love, as I've talked about before, as if we would go up in flames. Moments like that stay with you and change you.


It has become clear that there is probably nothing more important than making the lives around me happier. There are a lot of little molecules and forces that come together to make a smile, and if we can move just one of those particles, we've done something. 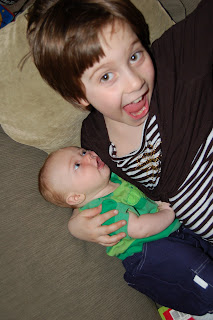 So cliche, but so true.

And actually last night was great. We went to Chuck E Cheese. Admittedly, I felt we were somehow polluting The Bois by exposing him to greed, cheap fun and worthless prizes instantly forgotten. But the step kids had so much fun, and in the end, so did we. Step-daughter had a very good report card and I let her know how proud I was. There is very little that is intuitive about being a step-mom. But the biggest mistake I can make is to give up trying.

So post-ultra depression is over. And I know it was just fatigue and a change in chemistry after the run because when I look at this picture 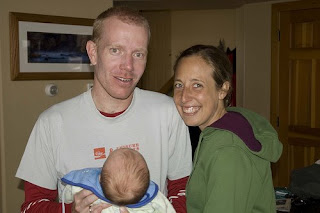 I feel like I'm The Bois with left arm in the air.
Running Song of the Day: Fiskene i Havet by Blå øjne
Posted by sea legs girl at 20:51

Oh, sorry to hear of your rough times this week. I know lots of runners speak of the blues post-goal race, so know that you aren't alone.

I think you hit the nail on the head on what life is all about: positively impacting the people around us, whether it is with love, support, empathy, or etceteras. Such ruminations are those of a wise, experienced woman who has a boundless contributions to make to this crazy world, including all of the members of your little family.

It's my opinion that selflessness is one of the most important qualities needed to have healthy relationships with the humans we are closest to, partners, children, mothers, fathers. That said, it's also my opinion that raising a child well is one of life's most selfless acts.

You are to be commended for all of this, Sea Legs. I'm glad you made it through this week's feelings and that the bigger picture shined through to you.

Oh your baby is soo cute.

Glad it is passing and you're seeing your blessings though. :)

Ah, Sea Legs. You can't be perfect. Your feelings are normal. The woman at the Y probably thought you were newly pregnant. SR's daughter wonders where she fits in. Divorce kids go through a lot. They want nothing more than Mom and Dad to stay together no matter what the consequence is. My 12 year old step daughter said a month ago that if Mom and Dad stayed together, she is unsure if the family would be happy and content. SR's kids could be jealous that the Bois gets to spend every day with Dad and SLG, and they don't. We experienced this with my Step Daughter. Once you get past recovery and get running again, you'll be your positive attitude, reasonable self again!

PPD (oops, PRD) is oh, so normal...I get it every time. Too much adrenaline and endorphine lost in a short period of time, needs time to re-build. However, knowing it doesn't help getting through it:)
We all get bad thoughts and bad patches, yet eventually (most of us) work it out. It is more important what you come out on the other side and not whether or not you hit it.
Smile:)