We went to Washington DC last week for the national internal medicine jeopardy competition. SR was on a team that represented our state. Since I have known SR, he has impressed me with how quickly and accurately he remembers medical trivia and eponyms. Am I possibly the only woman out there who is turned on by this? :) I guess it runs in his family as his dad was actually on Jeopardy in Denmark and won.

Sadly, SR's team didn't get to advance to the second round. But that didn't stop us from having fun in DC. 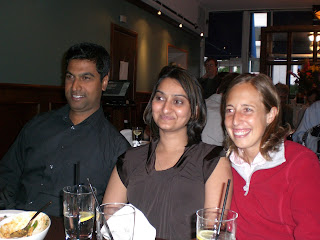 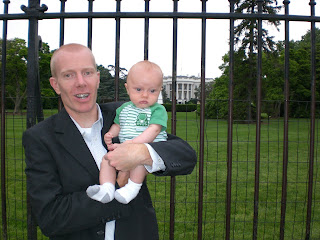 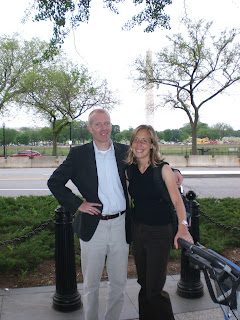 Of course our trip involved a lot of running. On the second morning, we took a running tour starting in Rock Creek Park. 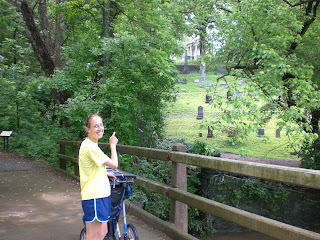 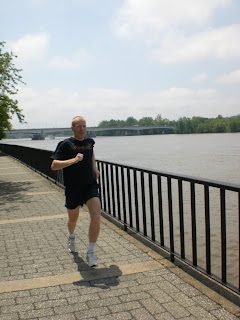 And of course it wouldn't be a vacation if we didn't have a photo of us staring lovingly into each other's eyes. 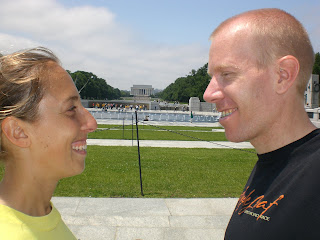 We did make the mistake of driving 16 hours there. The poor Bois. 3 month olds don't get excited about road trips like the young adults of America and Europe who fancy themselves wandering and spontaneous. He's looking a bit haggard here. 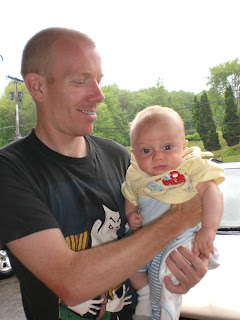 And he's got parents who both like to steer the ship, chose the route and plan the day. 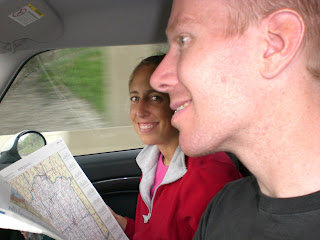 But somehow we made it through the trip still in love.

And we were so proud of how little we spent. Plus, the car ride lent itself to many Danish lessons for me and French for SR. I want so badly to speak Danish like I speak English, but of course that takes some work if you live in an English-speaking country. Oh, how I adore challenges.

And I would be lying if I said The Bois didn't have a good time. At least with his dad. 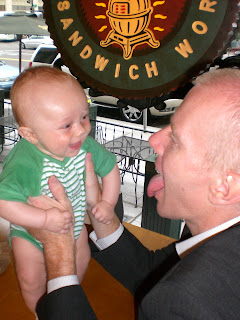 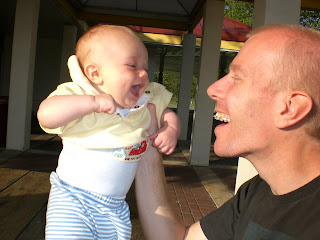 Running Song of the Day: Désenchantée by Mylène Farmer
Posted by sea legs girl at 21:21