The Naturalist and The Magic of Every Day

Everyday I'm out on the marsh trail with The Bois, I see something wonderful that I wish I could take a picture of. Today that something was an old man, The Naturalist.


He said he was so glad I took The Bois out into nature. He pointed out the Little Yellow butterfly and said it sucks the moisture from between the rocks in the path and, at the same time, gets the minerals it needs. 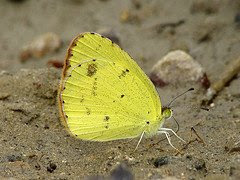 He then turned to The Bois and said how beautiful and intent he was. We laughed about how babies would never survive if they weren't so cute; natural selection at its finest. He told me to take pictures of The Bois' feet, which I assured him I had.


Then he looked at The Bois and said "Babies know everything before they are born." I looked at him and he was crying. "Then an angel comes and touches them on the lips, so they are silent. He has this life to learn everything again."


The magic in our lives yesterday was swimming at dusk in the lake we'll swim in during the triathlon.

Sometimes I realize how lucky we are to be interested in the same things and to both be there to support each other. 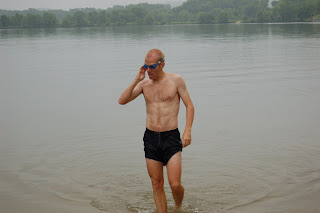 SR says he's used to swimming in cold water because he swam in the ocean north of Denmark his whole life.

I on the other hand loved how warm the wetsuit made me feel. I doubt I could get myself to swim in 68 degree water without it. 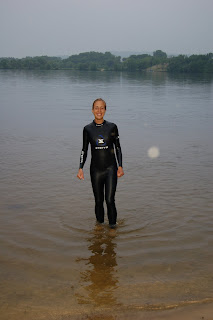 Man, I do need to practice transitions, though. Since I'm doing the Olympic distance, they won't be as important, but I don't want to do anything stupid or forget to bring something.

And finally, on to the everyday magic of the human body.

There are some interesting discussions going on as responses to previous posts that I don't want to get lost.

They have to do with the effect of calorie restriction on metabolism.
I haven't found any evidence of calorie restriction causing anything but a "transient" hypothyroidism. How long transient is, I'm not sure. Has anyone found research to support long-term changes in metabolic rate not related to decreased muscle mass or decreased activity during calorie restriction?
As far as calorie restriction increasing lifespan (in response to Danni), I was taught (not to make myself sound impressive, but when I was doing research at Harvard) that this was most likely because of decreased free radical exposure. However, that is what I learned way back in 2003. It's possible it results from decreased cellular division or decreased metabolic rate. I am not aware of research that proves any one of these, however. And calorie restriction has only been shown to increase life span in rats. No human has ever successfully pulled it off for long enough. And with the amount of exercise most of the readers of this blog get, it's not an option. As many of you know, though, moderate exercise has been associated with longer life expectancy.
Hey, as long as The Bois isn't exercising, maybe I should get him started on the calorie restriction thing... ha ha ha. I'm just kidding! 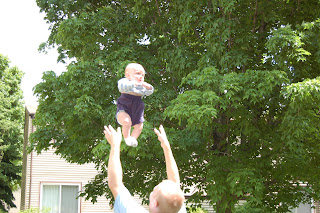 Running Song of the Day: U Can't Touch This by MC Hammer

I hope you don't get weirded out that I want to squeeze the Bois' thighs! Don't worry; I'm just another Mom. He's so adorable.

My reaction to the longevity theory is: I'd rather eat and enjoy food and live a quality X number of years than X+5 years depriving myself of life's pleasures. But I think it's interesting. I didn't necessarily think it was good science. Seemed a little weird.

Danni, those were my thoughts exactly. The leader of the National Institute of Aging is famously gaunt. His one daily treat is, from what I have heard, a bowl of oatmeal with raisins.

I don't think life-long calorie restriction is ever going to take off.

The aim of this study was to assess changes in resting energy expenditure (REE) related to changes in fat free mass (FFM) in nine morbid obese (BMI 43 +/- 5.1 kg/m2) hospitalised females on VLCD.

REE was measured by 30 min indirect calorimetry before and after 28 days of hospitalisation. Changes in FFM were assessed by bioelectrical impedance analysis (BIA), hydrostatic weighing (HW) and nitrogen balance (N).

As the fall in REE was larger than the loss of FFM, it is concluded that morbid obese patients develop an energy saving adaptation during rapid weight loss.

"I don't think life-long calorie restriction is ever going to take off." Hell, me neither!!!!!!