Illness, Weight Loss and a cow

I am sorry it has been a while. We've been sick.

Last weekend, it was what I suspect was Norovirus. It all started with The Lorax horking up his dinner in the middle of the night (all over himself) and then falling peacefully back to sleep. Yes we did clean him up. He did this two nights in a row.

Any doctor would tell you to be careful with handwashing after events like these. According to the New England Journal of Medicine it requires "Herculean efforts" to contain the spread of Norovirus. But let's just say my efforts could not qualify as Herculean. I was kind of hoping to lose a couple of extra pounds from a little friendly gastroenteritis (did I just admit that?). So after I was done swimming on Friday, and I started to get sick, I kicked back and hoped for the best. And what started out as tolerable nausea turned into one of the worst experiences in my life with step-daughter and I puking right and left. The worst part was there was never enough warning to get to the toilet in time. SR became our poor, little drudge. Depite trying to count all of the calories (or approximate them) in my vomit, I don't even think I lost a pound since I made up for it (and maybe more) the next day. Let's just say, I wish I would have been more Herculean. It's way more fun to run and burn calories than to puke. Not a big surprise, I guess.


In other news, I now have Influenza A, or at least I think so, and I am between fever spikes (an hour ago was up to 101 F). So, in order to brighten my mood, I looked up how many calories one burns because of a fever. It turns out you can add about 7% to your basal metabolic rate per degree F above normal. Great news since I'm not quite feeling up to running. But one must admit, it is a small consolation.

Of course, I am exaggerating about all of this... and it royally sucks being sick all of the time.

Completely unrelated, The Lorax loves reading books with animals. Of course, this is no surpirse. But every time we get to this picture (I can't believe I found the exact picture on the internet) 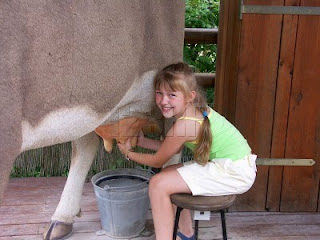 he screams, lays back and looks away. Every time. I know some of you other moms out there have young ones about the same age as The Lorax (21 months). I invite you to participate in a little study: show them this picture and see what happens. I'm excited to learn the results.

Running Song of the Day: La Camisa Negra by Juanes
Posted by sea legs girl at 20:21

You're funny/insane. Puking my guts out (which has historically been drinking related) has never been a successful weight management tool for me. Though once in Kenya I was delighted to have room for another day of feasting. It was a "stomach room" issue more than a weight issue though.

I have to say, I think you have a mental illness. Anyone who tries to catch norovirus, tries to count the calories in vomit and calories burned by a fever, and expresses excitement over her young daughter losing weight and keeping it off is really sick. I know you don't like to read comments like this and you'll probably delete it, but I still had to say it. You're an adult and you can mess up your health as much as you want, but it makes me so sad to think of the damage you're going to do to your kids.

I hope you were trying to be funny and it just came out all wrong, because this is one of the creepier things I've ever read by a (step)mother. Last time you wrote about your stepdaughter's weight, it sent up a lot of red flags, but I hoped I was misreading. Again, I hope I'm just missing your humor here. I always enjoyed reading your blog but now I feel a little sick to my stomach, like I just realized that I've been enjoying a train wreck. I'm sorry to be so harsh on your blog, but I hope that you can clarify.

Wow--you were just kidding around right?

My grandmother harped on me about my weight when i was a kid--a totally healthy normal weight kid--and it made me resent her for a loooonnnnggg time.

Yeah, I am joking, but there is sadly a hint of truth.

I had to erase the part about step-daugther. I am very proud of how healthy and happy she seems here. Her weight, of course, is not something I should get involved in.

SLG, I'm sorry about the "hint of truth". And I'm glad you took down the stuff about stepdaughter, and I hope you remember that you are special and loved and really, an amazing person. I wish you would know you'd also be special, loved, and amazing at 60 kilos, too.

Six weeks of illness didn't help my weight any - lack of food was made up by lack of exercise.

BTW, the obsession with calories is not unusual in my book, but the honesty of reporting it is. It's very hard to get humor just right in print, nearly impossible when sick.

Ha. Funny question, Steve Q. Not infrequently did I have patients in the Urgent Care telling me that 98.6 was a fever for them. No matter how low your body temperature usually is, 98.6 is not a fever. It is still normal. I don't consider anything under 100 as a real fever. Above 99.5 makes me wonder. And that applies to all humans.

Thanks for the kind words, Julia. Yeah, I know I'd be just as loved at 60 kg, but I might also get depressed.

Just a thought - maybe the little one's put off by the ghostly printing that's overlaid on evrything in that photo; that'd freak me out too.