No Running, No Problem

I attempted to run on Saturday with SR. Up a steep, windy path in the woods in the cold, feeling okay at first. But by the time I got to the top I was crying in pain from my pelvis. The muscles down there felt like a knotted mess.

Time for a break, we decided as I cried and tried to get my muscles to stop spasming. A longer break than one day.
It was bittersweet that on the way down, an adolescent boy and his father wearing coonskin caps asked "Did you just run up that whole path?"
"Yeah! And I'm six months pregnant."
The young boy was wide-eyed and speechless. I soaked up the good feeling with some sadness, knowing I might not be running for the rest of the pregnancy.

In the meantime, life has been surprisingly great. The key has been finding alternative exercises while the piriformis heals. Sea Legs Girl has become fittingly passionate about swimming. And biking is still a way for me to exercise outside. And whatever else I can find to do at the YMCA without running. And tonight I have yoga, which hopefully will realign my chakras, or at least stretch my piriformis a bit. 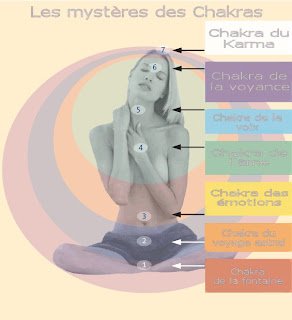 Sorry the image is in French (in many ways). But basically, chakras are places in our bodies that correspond to our spiritual and emotional selves. They need to be in balance to avoid physical or psychological injury. No, we didn't learn about them in medical school, so I can't say too much more other than it's a great concept.
We had a really good weekend, despite not running together. We saw my parents on Saturday night. We ate at a restaurant in Madison, WI, near where my parents live that serves all organic, all locally grown food. It's called L'Etoile. 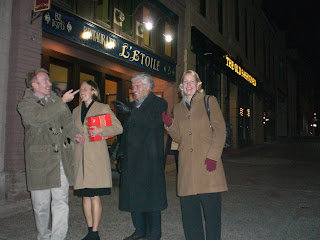 That night SR and I stayed at a Days Inn. Pillow talk lasted for hours.

On the way home, we worked on the languages we're teaching each other. I'm so excited about our move to Scandinavia. I have these grand plans of joining a soccer and a track league and going to the University to get an undergraduate degree in literature, all the while being a doctor and a mom and a wife. In a country with such a nice social system, it should be cheap and possible.

I will end by saying that I can hardly believe how blessed I am to have SR's two wonderful kids in my life. Rather than thinking her life is weird, SR's daughter seems to be embracing the fact that she has so many adults around to love her. Despite being 6 1/2 years old, she is one of my best friends. 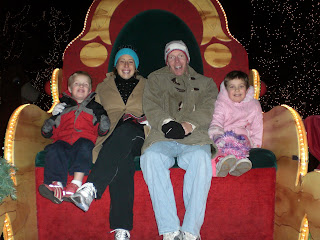 Here we are riding in Santa's Sleigh.

Oh, and I'm not giving up on the running song of the day, still hopeful I'll be back at it. Can you blame me for hoping it will just be a few days?

Running Song of the Day: "I was a Daughter" by Basia Bulat (from London, Ontario)

Sorry you are having troubles. I hope you get better soon. Glad you had some time with family and I'm also glad you are so comfortable with your 'step-mom-like role'. How will you visit with the kids after you move? Summers in Europe? How exotic!